Yogurt, yoghurt or yogourt, however you spell it, it's great!

Because I am a sucker for a freebie, I answered a post over on UK Bloggers to say "Why yes! I would love some of your finest yoghurt, my dear purveyor of dairy goodness."

And man did I get me some yoghurt. A lovely Total coolbag turned up, carried to me by an equally lovely - but possible not as tasty - courier. He was intrigued as to why I had so much yoghurt and I think I did convince him it was nothing at all kinky, and just me being a greedy foodie. 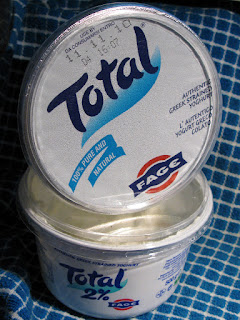 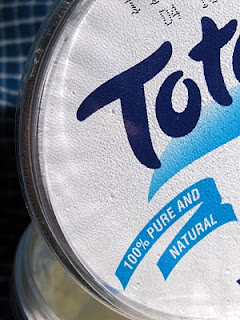 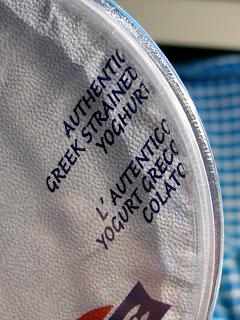 2 large full fat pots, 1 large 2% fat pot, 2 of the 0% small pots and a small pot of 2% with honey. Can you guess, boys and girls, which one got eaten straightaway? I'm sure you can. I expect you know a song about that too.

Total has always been a favourite of mine, generally to eat straight out of the tub, or with fruit and honey but this time I decided to use it in cooking as well. It really is a gorgeous product and is usually my preference. You can make an incredibly good tzatziki with it, as the thickness of the yoghurt combats the wateriness of the cucumber. It also tones down the bite of the fresh garlic!

The 0% got eaten with honey for breakfast at work I am afraid so that didn't get tested in the kitchen. My colleague tried one pot as well and we both said it was very nice indeed. Creamy enough not to need sweetening but with a nice hint of sourness that kept it light. Not that that stopped me putting honey on it, I am Greek after all!

The full fat got used as a dessert. Yes, yes, I know, fruit with yoghurt how inspired but this was served with a compote of the lovely British red skinned, yellow fleshed plums that are currently in season, cooked down with brown sugar and cinnamon, and served over a bed of yoghurt. It worked very well indeed with the sweet but sharp plum compote, and all the bowls came back cleared. 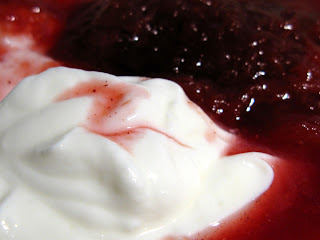 There wasn't much left over, but what was left was served the next morning with a crunchy granola, and topped with more of the yoghurt. A perky breakfast for tired husbands.

Cut the plums in half, put in a pan with 4 tbs water.
Mix in the sugar, cinnamon and extract.
Stir well, cover, and simmer until the plums are soft.
Take the lid off then simmer until any juices reduce and thicken.
Serve over cold yoghurt.

I'd a hankering to make a lemon cake as I had some lemons that I'd brought back from Cyprus to use up, so a lemon yoghurt cake was planned. I used the 2% for this one as it has a lighter texture.

It mixed in very easily, no hassles with adding eggs to it at all. The result is a solid cake, but not a stodgy, heavy one.

Preheat the oven to 180C/gas 4. Lightly butter a 21b loaf tin. I lined mine just in case.
Beat the butter and sugar together until pale and fluffy.

Add the eggs, one at a time, beating until the mixture is smooth between each addition.

Stir in the semolina, beat in the yogurt, and add the ground almonds, flour and baking powder.

Beat in the lemon zest and juice.

Spoon into the prepared tin and bake for about 50 minutes, until golden and firm to the touch.

Leave to cool in the tin for about 15 minutes, then remove, and transfer to a cooling rack to cool. 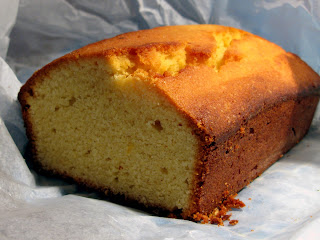 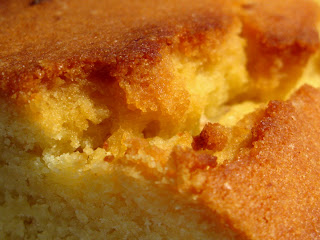 The cake keeps incredibly well, wrapped in greaseproof paper. I am quite a convert to using yoghurt in cake recipes now, so I shall keep on experimenting.
~~~~~~~~~~~~~~~~~~~~~~~~~~~~~~~~
Last, but not least, I did finally get around to something savoury. Spiced Yoghurt Chicken. I used the 2% for this one as it is akin to the yoghurt that I eat when I'm in Cyprus. Creamy but with more of a sour backnote, which works incredibly well with spices and meat. 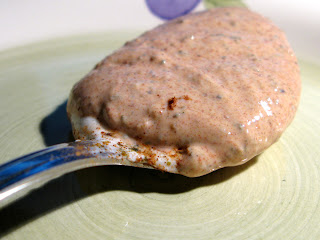 Mix all the yoghurt and the spices together to form a marinade.
Add the cubed chicken, mix well and leave to sit for 30-45 minutes.
Spread out the cubes on a lined baking sheet and grill on both sides until slightly blackened and cooked through. 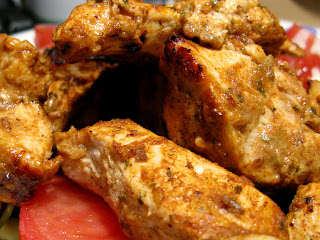 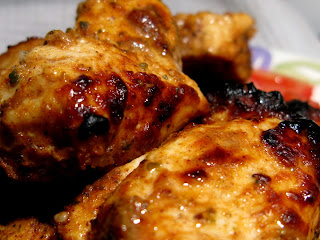 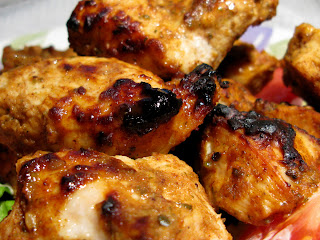 That one will more definitely be made again.

Many thanks to the people at Total and to Traffic Partners- for giving me the chance to review a product that I am already very fond of. Me, and spoon and a pot of honey would be the usual treatment of the yoghurt, so I am glad I branched out a little more!
Posted by Lisa Cookwitch at 11:54 pm

The total yogurt giveaway was wonderful! I am wondering if I could ask for some more as I did not get round to making a cake with it!

I love the sound of your lemon cake!

I've just taken the last of the cake out of the fridge and even though it is more dense it is still very good. :)