I found myself with a surfeit of apples today. Some were nice and fresh, some going a wee bit soft but all needed eating. After a bit of Googling, I decided to  make oven-dried apples as it seemed the easiest thing to do. I had Discoveries, Cox’s and Golden Delicious to use up.

Slice all the apples into 3mm (ish) thick slices. You don’t really have to be precise.

I cut out the middles with a mini cookie cutter, as that saved me coring the whole apples. I don’t have an apple corer, and trying to do that with a knife would have resulted in a lot of claret on the apples that didn’t belong there.

Once you have the rings ready, put them out in a single layer on baking trays lined with non stick paper or liner.

Open the oven door, turn off the heat and let them cool on the trays.

I am now trying very hard not to eat them all before hubby comes home tomorrow. 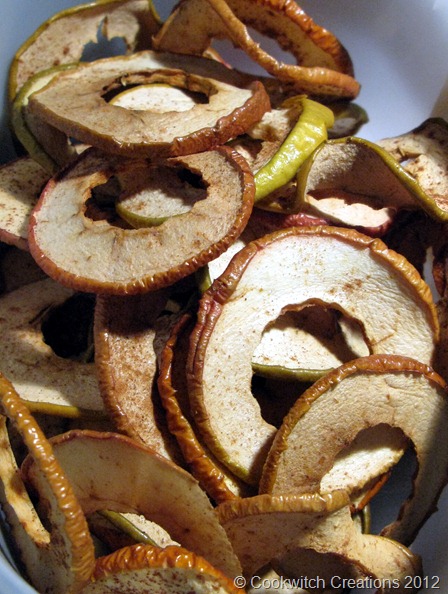 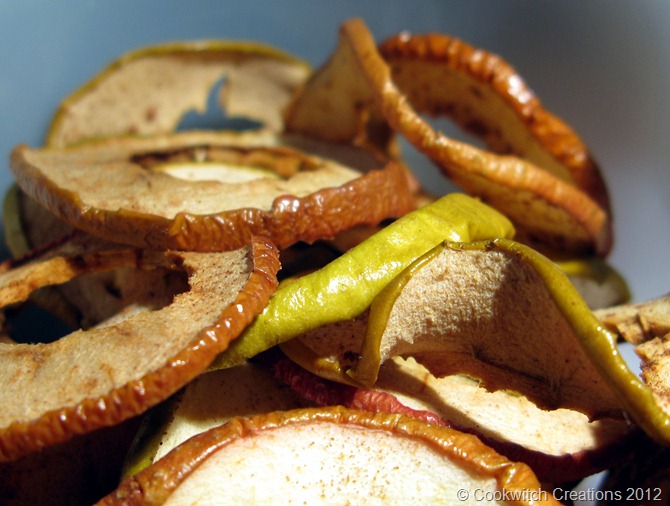 oooh, I wonder if this cooks them enough for even my crohn's tummy. I miss raw fruit & veg so much for snacking.Miko

Penny - I only made them so the fruit didn't go to waste, but now I'll be making them because they're tasty!

Miko - they are essentially dehydrated to the point of crispiness, so it might be worth a try. I do hope it works for you!

Do you mind if I quote a few of your articles as long as
I provide credit and sources back to your webpage?
My blog is in the exact same niche as yours and my users would really benefit
from a lot of the information you provide here. Please let me know if
this okay with you. Cheers!
my website > online werbung