You know how it is when you see a vegetable so nice and juicy looking that you simply have to buy it and take it home? Even though you know you don’t really have it worked into your meal plan? Well, that happens to me an awful lot.

Going to my local farm shop is both an utter pleasure and sheer torture. Pleasure because they sell such lovely local produce and torture because hardly anyone in my house eats the vast array of vegetables that I would cook.

If I can’t get to the farm shop, I go to my local Turkish grocer. I am still excited by the fact that I can buy sultana grapes, fresh dates, mini cucumbers, vine tomatoes, carob pods (if I knew what to do with them) and figs alongside sweet potatoes, yams and plantains, plus the usual cauliflowers, carrots and parsnips. Not to mention the Polish sausages, Turkish and Bulgarian cheeses, bread and confectionary, all stuffed into a shop the size of a generous shoebox and with the spaces filled by jars of Turkish honey and jam, tubs of halva and all manner of packets and tins. I am still finding things on the shelves that I didn’t know about before.

Anyway. Where was I? Oh yes, vegetables. This weekend I spied peppers. I used to hate peppers and then I had them roasted, and that neatly averted my loathing, though I still do not like them raw. (I also vehemently dislike green peppers, both raw and cooked.) The Turkish shop had beautifully large and vibrant yellow and red bell peppers, almost glowing with juice. Within an instant they were mine, and heading home in my bag together with Bulgarian sheep's milk cheese, Greek feta and a small mound of ricotta.

Here are the beauties, gracing my kitchen counter. 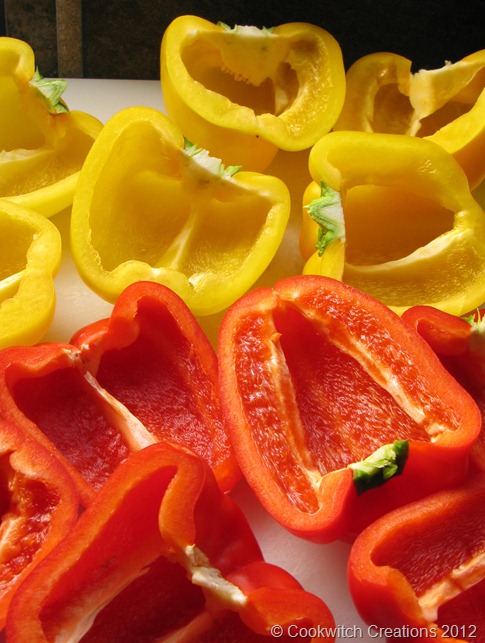 I had a mountain of cheese to use, so ended up mixing together two packs of feta (I found another one in the fridge), the one pack of sheep's cheese and the small pack of ricotta. Two eggs got added in to that, a fair bit of olive oil, some dried mint, some Greek oregano and, as a final addition to make the mix less dry because I had run out of eggs,  some pesto that I had in the fridge.

Oh my that made a lovely smell. I was happily stuffing peppers while I watched the madly cycling weather outside.

I will admit, right now, that I was so stupidly happy with this photo that I was grinning all over my face for an hour and Tweeted everyone about it. 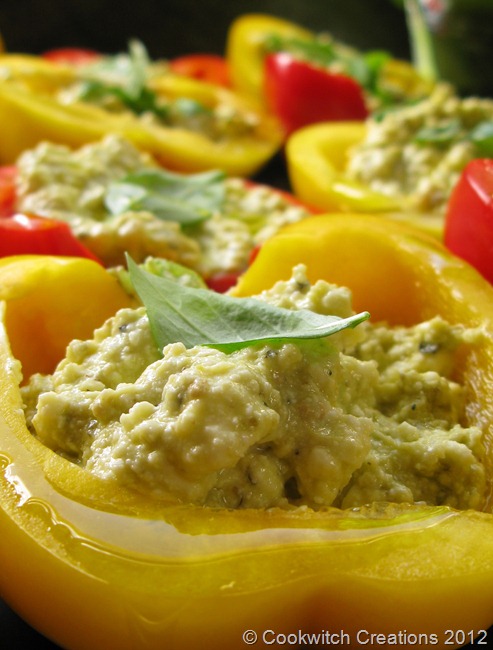 I was almost loathe to put them in the oven as they looked so pretty but I did. Eventually. I should point out, I would arrange them this way even if I wasn’t going to take a photo. It pleases me. 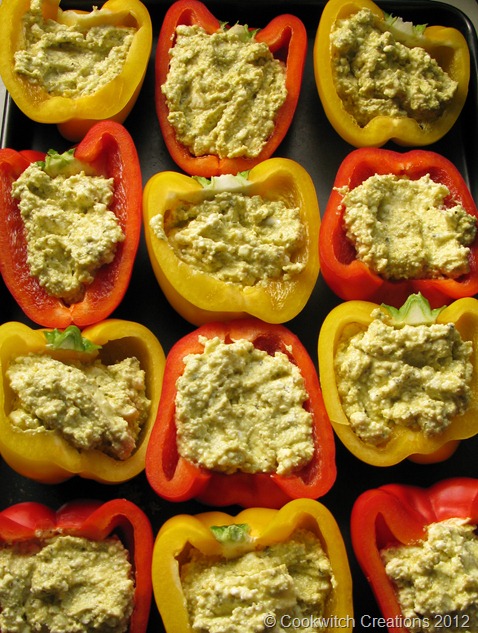 I think I cooked them for around 40 minutes on 170C (fan oven) until the cheese was nicely toasted and the peppers good and soft. 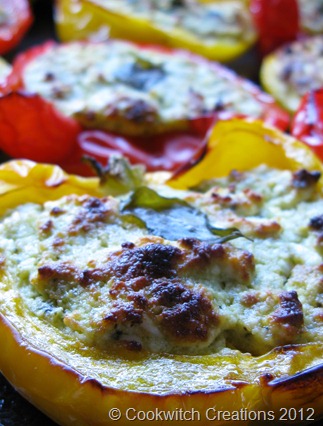 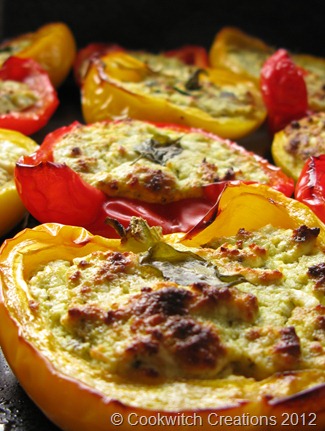 This week, I will be mostly eating stuffed peppers for lunch.

My lovely Cypriot co-worker made ‘too many’ stuffed vine leaves, so we’re going to have a kitchen picnic tomorrow.

Oh and one final photo, just to show you the cosmopolitan nature of my kitchen: 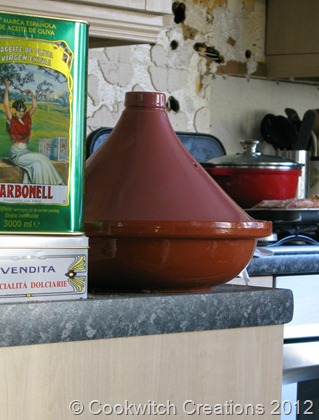 Posted by Lisa Cookwitch at 9:55 pm