My chap isn’t feeling too well tonight so, as we’re staying in his Bexhill flat, and thus have more room, he’s tucked up on the sofa in the living room, and I’m sat at the kitchen table – OH the joy of that – reading cookery books and listening to the sound of the sea.

View from the living room window 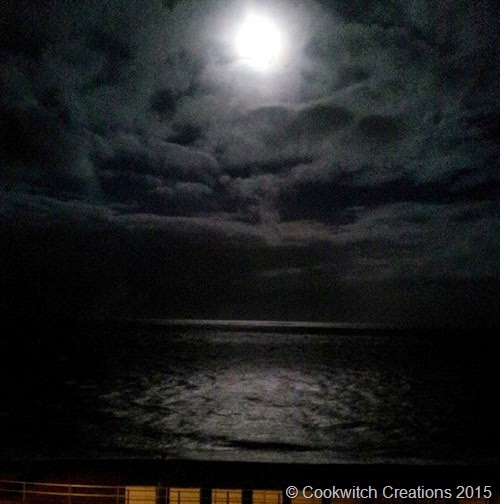 There are a lot of books here, more than our last visit, and I have spied the one for me. Nigel Slater’s Real Food. 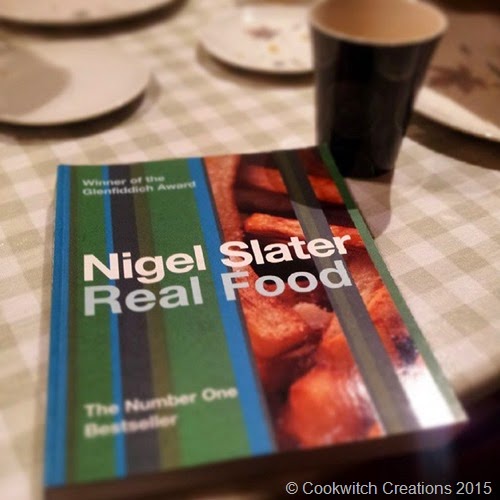 The glory of his writing never fails to capture my cooking heart. There’s a simplicity in his words but also a certain gloriousness to be found, too.

I do feel like I’m having an illicit liaison, sitting in a darkened kitchen, only the cooker hood light on, ‘listening’ to his voice reading aloud from the pages. This is the marvellous part of having television cooks. Now when I read their works, I can hear the words in their own voices.

Waxing lyrical about the sinful luxury of velvety pork fat, or the joy of a chip butty after the pub – bought chips, thickly buttered white bread – with the salaciousness of licking “salty, buttery fingers” when a bit drunk. “especially someone else’s”, he suggests. I believe I am blushing while I read that, even though I’m alone!

Sitting here, with this lovely book, I realise that it’s to Nigel’s books, and shows, that I turn when I need to slow down and take stock. I can switch off, and focus only on the sensuality and enjoyment of the food for a while.

Hiding away in my room on certain nights, it’s a very good way to not feel alone, and to lose myself in the sheer pleasure that cooking can bring to me, and to others.

I admit, it’s a little like having a secret boyfriend. One that I can summon forth from the television with only a flick of the remote control. Finding moments to read his words on the journey in to work, on the journey home, on the bus, at night whilst waiting for my husband to come home, or watching on catch-up TV when nobody else is home.

There he is, cooking all of the things that I like, and also challenging me to try the ones that I think I don’t.

I thought I was the only one who had to deeply inhale the aroma of her food before  she ate it, until I saw Nigel interview Richard E Grant, and realised that I was in very fine company. I will no longer be embarrassed about it.

There is a slightly shy, but mischievous smile underlying his writing, and a definite cheeky twinkle, combined with a real love for what he does. You do get the distinct feeling that he knows exactly what he’s doing when he references certain things. 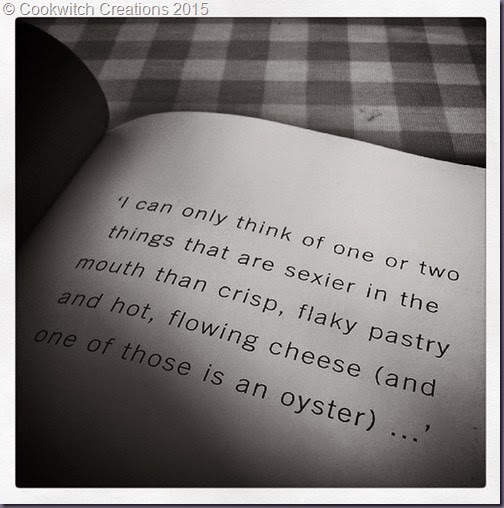 Not for me the raw, cheek-boned Marco Pierre of the White Heat era. No, this tousle-haired man with his gentle eyes and undeniably flirty personality, so often sharing the beauty and wonder with his army of adoring fans when on his travels – that right there, that caught me. There is a kindness, and a sincerity. A feeling he truly cares for the hundreds out there in the internet world who interact with him.

The ease with which he took to Twitter like a natural medium of communication and became, almost overnight, like an old friend whose life you were peering into and catching up with. 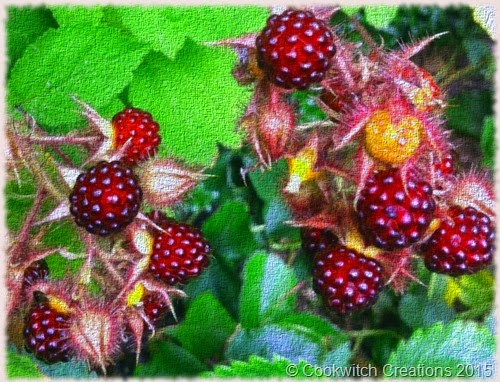 I revelled in his recent trip to Japan. Each Tweeted photo was a vignette of calm and beauty, a window into the obvious happiness that he was generously sharing with us all. 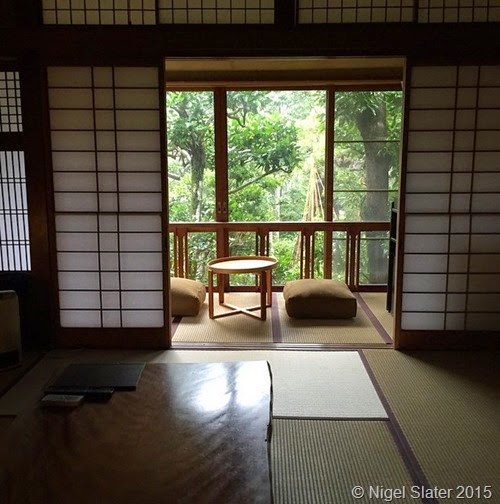 Celebrity can mean a loss of privacy, but I think he has managed to retain his. I do hope so, as anyone encroaching on beloved Nigel, to me, would be beyond contempt. Both he and Nigella share a lot of themselves, and to try and take more than they offer is very unfair.

I remember watching him years ago, talking about eating a whole tub of ice cream in bed, back when he had short cropped hair and Nigella wore dungarees-style dresses. My kind of man, there, waxing lyrical about that chip butty after the pub.

Friendly, approachable, with a childlike joy on occasion but also, you feel, a man who knows exactly what to do with a bit of asparagus and a lot of butter. And yes, he’d infer a lot into that sentence too.

When I read Toast, drawn deep into the history of this TV cook that I’d watched for years, my heart broke for that small boy, and then rejoiced for the young man who finally found his passions, in all things, and pursued them.

I am well aware that TV personas can be totally misleading, but I am pretty sure that is not the case here.

Twitter has allowed me to get ‘close’ with cooks that once I could only watch on the television. None of the satisfaction of interaction there.

Gizzi, liking my food photos on Instagram, Nigel replying to me on Twitter like an actual friend, not just a fan, and then getting to meet some of my food idols too?

Carluccio is still, and will remain, my food hero, rogue that he is, but Nigel is my not-so-secret crush.

There’s a new show, and a book too. That will be going on the Kindle asap. Kitchen Diaries I bought hardcover, then also put it on the Kindle so that I could carry it more easily on the train.

My commute is a happier place with him along for the ride. 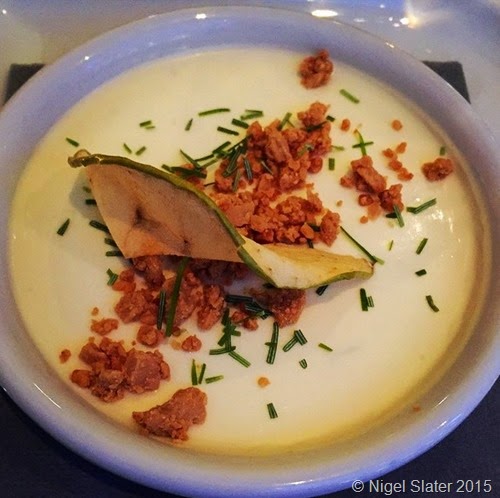 The new show, Eating Together, is absolutely lovely. All colours, creeds and peoples, sharing what makes them happy, and at home. In some cases, sharing personal memories that clearly move them, and which moved me to tears more than once.

To quote a Tweet from Nigel today “They were peaceful, gentle and benign. We need more of them and their sort in today's world.”

We were actually talking about the return of The Clangers, (do go and check it out, they are adorable) but it just struck me that this applies to the Eating Together contributors and the show, too. Well done all.

Posted by Lisa Cookwitch at 7:08 pm

Totally understand where you are coming from and yes, Yes.