Something to prep for Christmas

I know. I know, we haven’t even had Hallowe’en yet, but if I don’t write this down now I shall forget it, and it’s quite a useful thing to have in the cupboard. Plus today being the day of the mad scramble to change the clocks/remember what time to change the clocks/find out which clocks set themselves means we are now done with BST, so Autumn can officially start.

One of those scents that always invokes the latter part of the year, and Christmas for me, along with cinnamon, mixed spice and nutmeg is orange in all its forms. I read a cookery book when I was very young (yes, I really did start early) , and it showed pictures of a Christmas table, all frosted grapes, ivy tendrils and beautiful clementines. I still want a Christmas table like that, though I fear it would be impractical. I’ll leave that up to Ina Garten.

If I can’t have the table, I can at least have the oranges.

I hate wasting anything, so whenever I juiced some oranges, I used to loathe throwing away the skins until I’d figured out something to do with them.

I’ve chopped the skins into tiny pieces in the food processor and made marmalade. It made one big jar, which made me feel a lot better about things.

The other thing was to zest the oranges first, and then dry it out in the oven on a very low heat overnight. This makes a lovely addition to cakes and cookies, without adding extra moisture. It also makes the whole house smell of Christmas while you’re doing it.

You could mix it up with sugar, and perhaps pop a cinnamon stick in there too, ready for your Christmas baking. 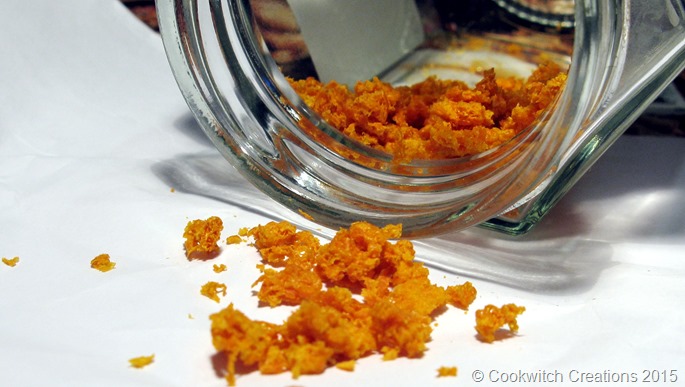 Have a photo from Christmas last year, in Cyprus.

The garden belongs to a fabulous restaurant, in an old Cypriot house, run by a mother and daughter team. It’s called Ikimiz, which means ‘the two of us’.

This just added to my idea perception of the orange as a Christmas fruit, not to mention the amount of orange that gets added to Cypriot breads and pastries at celebration times.

Quite magical, seeing them there in the dark. 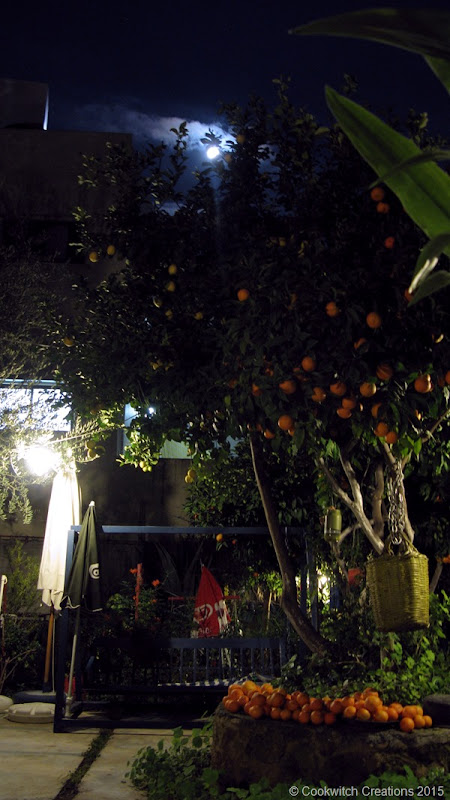 I shall soon start my annual hunt for Christmas oranges again.