Since I started reading Ottolenghi’s Nopi, and misread ‘lamb with vanilla braised chicory’ as ‘vanilla braised lamb’, I’ve been wanting to cook meat with vanilla. One recipe has already been done, and I’ll post about that soon but on Friday I had another ‘I’ve got a recipe stuck in my head’ moment that I needed to exorcise. (Please tell me that other people get that too?)

I love vanilla anyway, with its caramel notes and sweet, heavy scent. I don’t really prescribe to the notion that certain spices are only for sweet, or only for savoury (though I’m not sure yet of a sweet use for cumin) so I do mix things around a bit. The amount of times that people have been aghast that I put cinnamon butter onto a roast chicken before it goes into the oven…

Pour 2.5 pints boiling water (you need enough liquid to immerse the duck legs) over the marinade ingredients, then let it infuse until it’s properly cooled down.

Strain the bits out, and put the duck legs in.

Leave overnight in the fridge so that the duck soaks up all of the flavour. 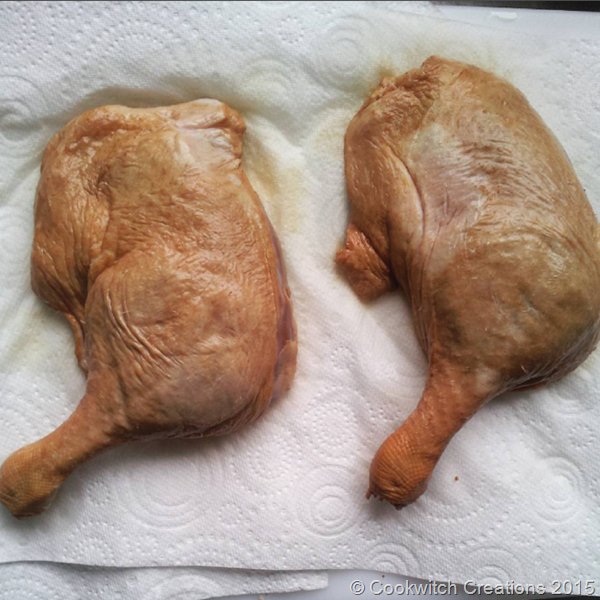 Pat the duck dry, and put the marinade in a pan to reduce.

When it has reduced by three quarters, and I will admit this takes some time, add 3 tbs soft muscovado sugar and 1 heaped tsp of marmite (yes, Marmite), mix well, and continue reducing until it’s syrupy. Leave aside to cool and thicken some more.

Put the duck legs into a pan, sprinkle with a little salt, then put into the oven at 170C for half an hour. After that, then turn it right down to 90C and cook for about 3/4 hours.

This is someone else’s recipe that I found on that there interweb, and tweaked. They used ground almonds, but I had coconut flour, so went with that, as it seemed to fit better with my vaguely Asian theme. I’m not sure I’d use this exact recipe again, as they were quite fragile but they were extremely tasty, if not particularly malleable.

I cooked them in a small pan, on a medium heat, and used coconut oil to stop them sticking.

Pour the batter into the hot pan, until it spreads out to about 3 inches across. (My first one went right to the edges of the pan and would NOT come out, hence deciding on the smaller size, so I could at least get the spatula underneath.

Once you can ease the edge up without tearing the pancake, jiggle a spatula under it and flip over.

They do keep quite well, and taste just as nice cold, so I made them before I cooked the veggies.

I started cooking these when the duck came out of the oven and was resting. 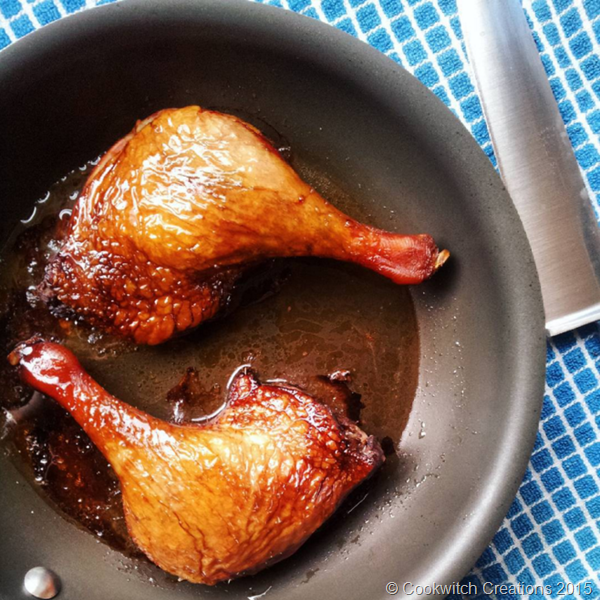 1 large courgette, cut across into 3, then each section cut into 1/8ths.

3 spring onions cut crosswise into 2, then each piece split in half lengthways

Stir fry the courgette pieces until they start to turn brown, season with a pinch of seal salt, then add the onion strings and cook until they wilt a bit. The courgette should still be a little crunchy.

Pile onto a plate with the pancakes, and the duck, and a wee bowl of the sauce. 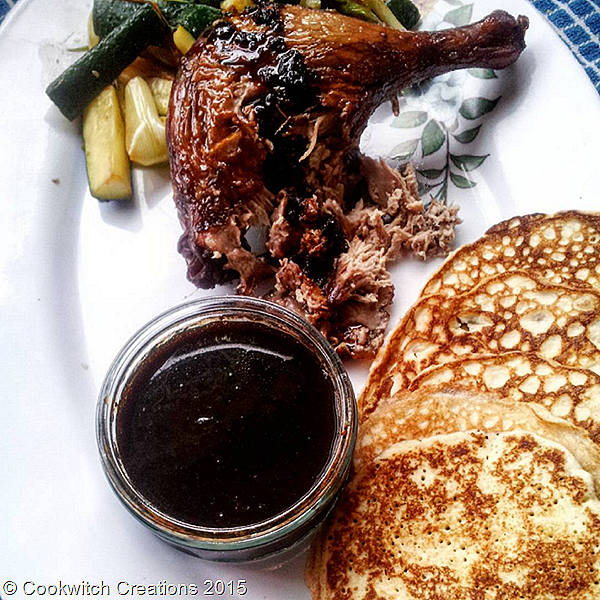 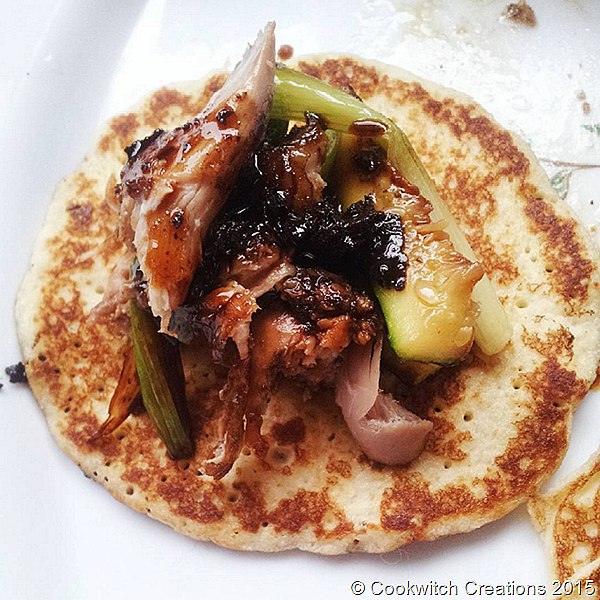 The duck meat isn’t overly sweet, but the vanilla adds a smoothness, and a roundness to the taste. The slightly sweeter taste works incredibly well with the tang of the spring onions, and the slight crunch of the courgettes.

The coconut pancakes definitely work with the vegetables, and the dish really works as a whole.

Posted by Lisa Cookwitch at 6:33 pm