Tarhana. Trahanas. Call it what you will.

Trahanas is a soup or, rather, it is the ingredients that go into making a soup.

It is not pretty soup. It is comfort soup. Sustaining soup. Very filling soup.

It is Cypriot trahanas. Turkish tarhana. Egyptian kishk. Iraqui kushuk. Kurdish tarxane. Cracked wheat and yoghurt at its most basic form. Dried in the sun, then revived when needed. Some add eggs, some add halloumi. Some use chicken stock, some just water.

Persians, Bulgarians, Iraqis, Cypriots, Greeks, Armenians, Egyptians - we all eat it, we all love it.
We're none of us so different at all, really.

From Wikipedia: these are names for a dried food based on a fermented mixture of grain and yoghurt or fermented milk, usually made into a thick soup with water, stock, or milk (Persian ash-e tarkhineh dugh آش ترخینه دوغ). As it is both acid and low in moisture the milk proteins keep for long periods. Tarhana is very similar to some kinds of kishk.

I remember mum making this when I was small, and me being excited about it because I thought she was making avgolemono, and then being disappointed when it wasn't.

This is heavier, and possibly more bland in a way, but it also has that back tang of the yoghurt to lift it. It has a slightly granular texture, but it is soft at the same time.

I only acquired a liking for it when I brought some back from the markets in Cyprus. It was golden in colour, instead of the usual beige, and it looked....well it just looked more appealing. I'd just had a wisdom tooth out and was on liquids for two weeks, so the thought of a nourishing, substantial but above all SOFT soup was very appealing to me. As I was able to eat more, I added cubes of halloumi to it, bulking it out even further.

On a winter night, a big bowl of this with some cheese and a bit of bread would leave you wanting nothing more than a blanket and a good sleep.

I cover them with water, and soak them overnight, but you probably don't have to. I just prefer there to be no lumps.

Once they are soaked, I add another cup or so of water, and add a chicken stock pot. I have a huge amount of affection for chicken stock, and it just livens the soup up. The Knorr ones are nice, as they are fairly light. Of course you can use vegetable stock.

Let this simmer for a good half an hour. The stock will gradually get absorbed so keep an eye on it.

I usually have mine just as it is, but some cubed halloumi simmered in it for 5 minutes just to warm through is rather nice too. 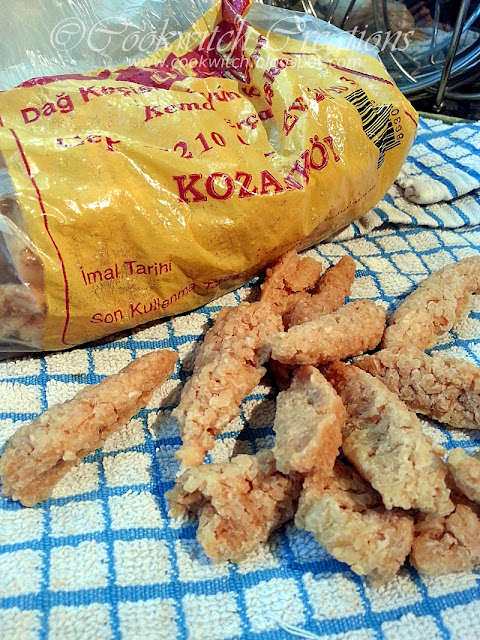 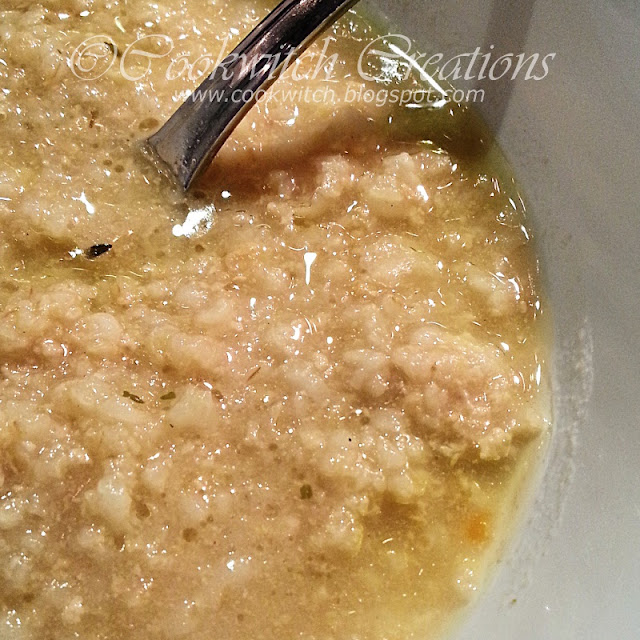 Posted by Lisa Cookwitch at 1:22 am