I admit, I am late to this homemade seitan thing because a) I'm not a vegetarian and b) lots of restaurants out there have been doing it better, for longer but as my tooth works are ongoing, I needed a protein with no surprises.

I'm not a fan of doner meat, not because of the ears/noses/toes nonsense, but because on occasion there's a wee bone chip and OW MY TOOTH, but I do like the flavours, so I thought I'd put those into a setain dough and see how it turned out.

Rather well, it seems! I admit, a stand mixer with a dough hook is an amazing aid to making this stuff, as the more you knead it, the more texture it has, so if you make it by hand, then beat seven shades of wotsit out of it.

The other liquid
1 large pan full of simmering water

Put the dry ingredients and spices into the stand mixer. Twirl it around a bit, mixing it all up. I know it sounds like a lot of salt in here, but the dough needs it.

Slowly add the stock while the machine is going ON LOW and it will come together.

Up the speed a little and let it go for about 5 minutes or so.

When it starts to gather around the dough hook, turn it down to low and run it for another few minutes to give the gluten an extra stretching.

Grab your lump of dough, and manhandle it into a vague sausage, twisting it a bit like a rope.

Wrap tightly in foil, like a fat silver Christmas cracker, and lower gently into the simmering water.

Leave it to simmer, covered, for an hour then take it out and let it cool enough to handle.

Slice it thinly, and quickly warm it in a pan with a decent amount of olive oil to get that juiciness into it. If the heat is too high, the thinner slices will crisp up, but hey, if you want crispy, go for it!

Stuff it into a warm pitta bread with tahini, salad, whatever you like. I did tahini, chili jam and fresh lemon juice with some sliced white, as that was all I had, and that was gorgeous. 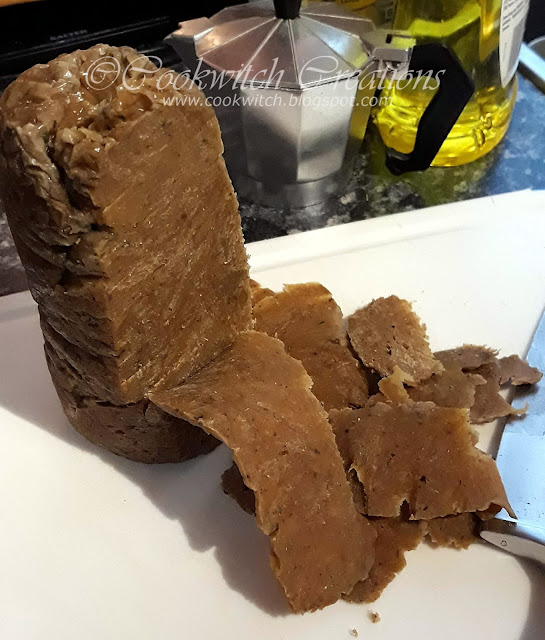 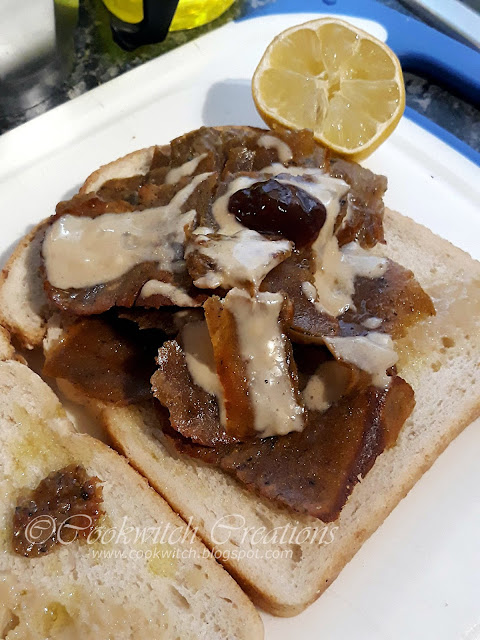 *This is the smoked salt I used. It is strong, very woodsy, but gives a proper punch of umami when dissolved in the stock. Brilliant company, too, by the way. 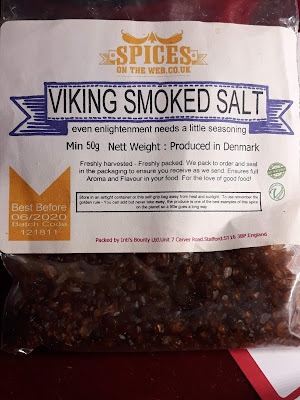 Posted by Lisa Cookwitch at 8:42 pm