I saw Sabrina Ghayour's Halloumi and Carrot balls in Bazaar, but had no carrots. Or dill. I did have halloumi, but I needed that for something else. Then I remembered an aubergine that needed using, so I switched from the island of Cyprus to the island of Sicily.

Caponata is a vegetable stew, sweet and sour in flavour, and pretty addictive. There are as many recipes for it as there are cooks in Sicily, so this was my take on a mini version. It must have aubergines, and tomatoes, and onion, but after that people have their own ideas. I'd have added in almonds, too, had I managed to find them!

Cut the aubergine into slices, lengthways, then cut each slice into strips.

Dice each strip, and pop them into a bowl.

Drizzle with olive oil and mix well, making sure every little cube has oil, then sprinkle in 1 tsp salt and mix well again.

Take a large dry frying pan, and tip in the aubergine.

Cook on a medium heat until they start to brown and soften. No rubbery bits please!

Put the spring onion in, cook for another 5 minutes just to take the rawness out, then add in the diced tomatoes, celery, sultanas, olives and vinegar. 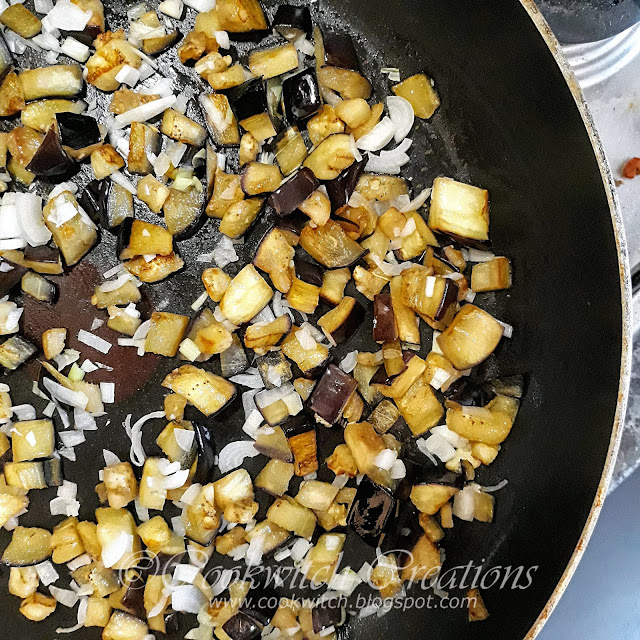 Mix everything in well, and cook on a low heat until any liquid has mostly evaporated. 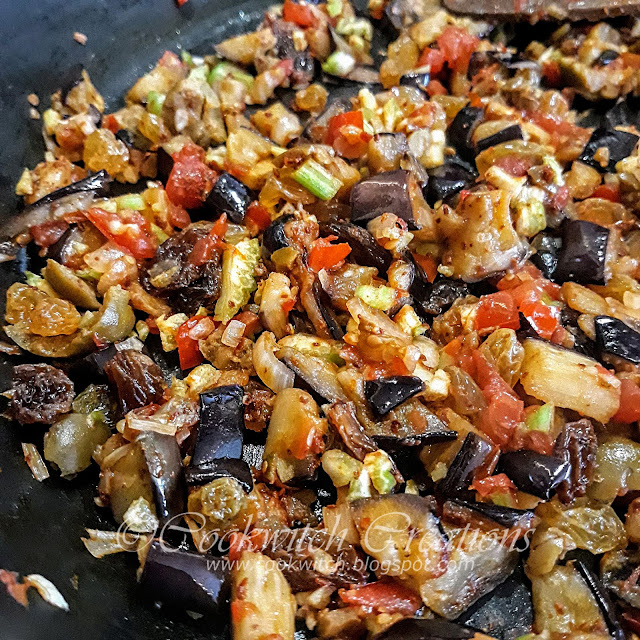 Take off the heat and pop it all back into the aubergine bowl.

Crumble in the ricotta, add the mint, basil, pul biber and lemon zest.

In goes the one egg, and the 4 tbs flour. 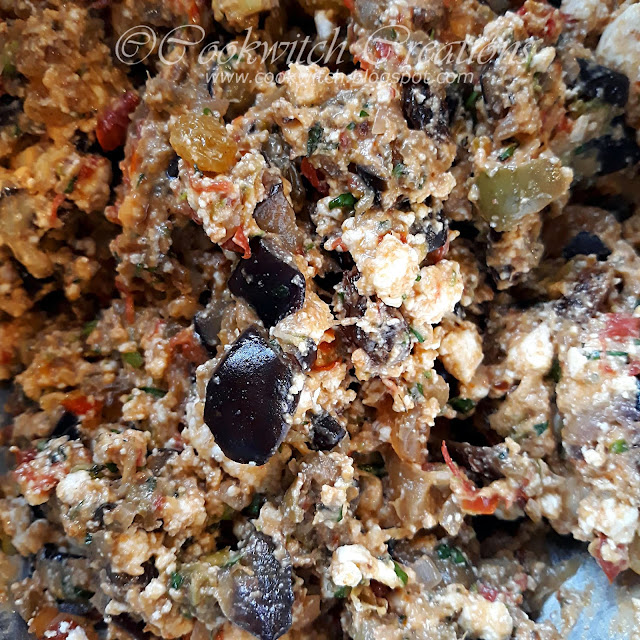 Mix everything really well together, until it holds a shape when you form a rounded spoonful. If it doesn't hold, add a teaspoon of flour and try again.

Fill a heavy, deep pan with oil, to a depth of 5cm.

Let the aubergine mix sit, covered, while you heat the oil.

Once a smidge of batter sizzles when you drop it in, start frying the fritters. (Taste the fried bit at this state, just to see if you want to add more salt.)

Drop a rounded dessertspoonful at a time gently into the oil, no more than 5 or you will cool the oil too much, and then them sit, agitating the oil every so often so they don't stick. Don't panic if little bits drift off, those are crunchy treats!

Let the fritters get quite dark, then turn them over.

Once dark gold all over, drain them on a double layer of paper towel.

I fried off some basil leaves too, but if you do that, stand well back, as they splutter.

Serve hot, with whatever dip you like. Yes, I'm a ketchup girl, but sweet chili sauce would be nice, or just thick balsamic. 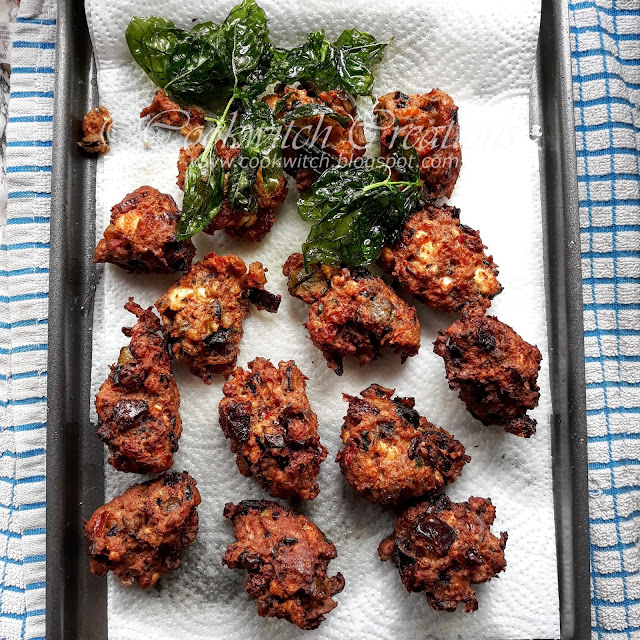 Posted by Lisa Cookwitch at 2:09 pm No comments: