I’m going to the lovely Thane Prince’s Cookbook Club tomorrow. This month it’s on a Tuesday, which is my ‘free’ night, and the theme is Spices.

I wanted to take some nibbles along, but I had no idea what to do, until I remembered that not only do I have a cupboard full of spices; 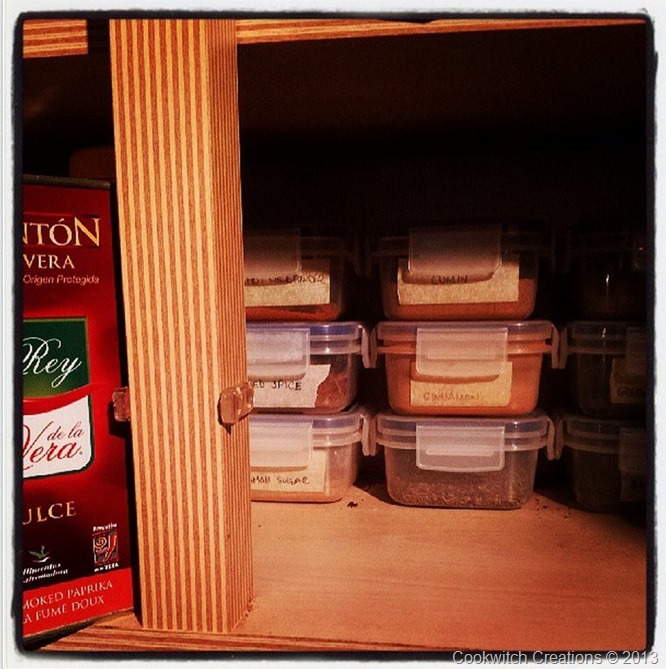 I also had a few bags of mixed nuts that I need to use. Et voila! An idea was born.

There is a Cypriot spice mix of cumin and cinnamon which I love. It’s the flavouring in Hirino Spithkasimo, and I wanted to use that as my base. I added in a few more spices, and off we went.

Spread the nuts out on a lined baking tray and roast on a medium heat (I had my fan oven on about 150C) until you can smell them. BE CAREFUL. They can catch, fast.

Allow them to cool, then pop them into a bowl.

Drizzle over the oil and mix very well.

Mix all the dry spices, sugar and salt together, and sprinkle over the nuts, a third at a time. Mix after each addition.

Spread them back out on the lined tray, and bake again for about 30 minutes on the same heat setting. Still watching carefully.

They will smell very strong because cumin is a bit of a pervasive spice, but the flavour is quite mellow.

Try not to eat them all. 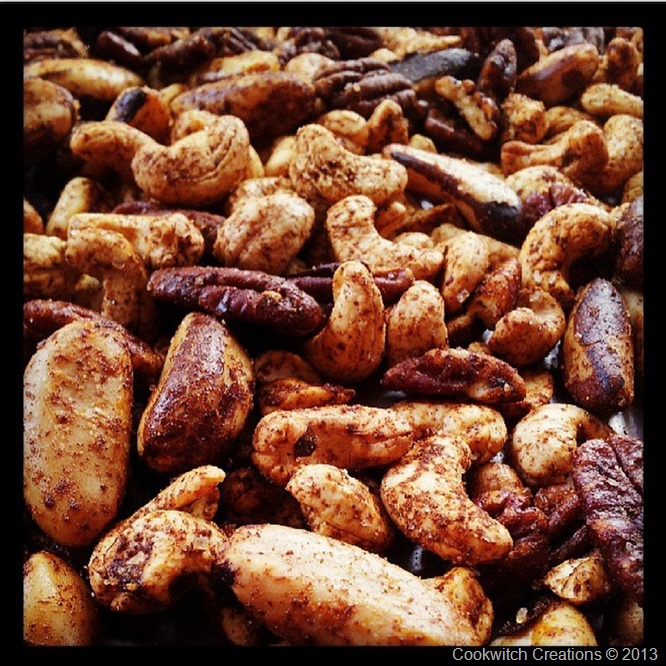 Posted by Lisa Cookwitch at 7:46 pm