I felt like I had a cold coming on, so chicken soup just had to be done. With no time to make stock, I used 2 stock pots. The rice was already cooked to go with Husband's chili con carne, so I had a use for the rest of that (yes, I always cook too much rice) and also a use for the half sachet of coconut milk powder that was hiding in the cupboard. I like using up odds and ends.

6 skinless chicken thighs (on offer in the Co-op)
2 Knorr chicken stock pots (I use 2 because they aren't very strongly flavoured, despite was Mr Pierre-White says)
1 fat clove garlic thinly sliced lengthways (this gives it a more mild flavour)
½ sachet of Maggi coconut milk powder (http://www.ocado.com/catalog/images-hires/91612011_H.jpg?identifier=8d71482745a6a1be4fbbc5562ade4657)
½ teaspoon of Turkish vegetable stock powder (not essential at all)
Olive oil
Water
As much cooked basmati rice as you want in your soup

Gently fry the garlic in olive oil until soft and starting to turn gold at the edges.
Add the diced chicken, sauté to colour and then add water to cover just over the depth of the chicken.
Add both stock pots.
After ten minutes the chicken will have exuded more juices, so add in the ½ sachet of coconut powder, mix well (it will go a bit lumpy at first but stick with it) and leave to simmer on a low heat for half an hour.
Stir in the cooked rice, and serve. A squeeze of lemon or lime would be nice, but is really not essential.

Posted by Lisa Cookwitch at 2:13 pm No comments:

When you have a surprise batch of lemons sent to you from your Mum in Cyprus, but they aren’t ripe, what do you do? Put them on a shelf to ripen, and then forget about them. Of course! 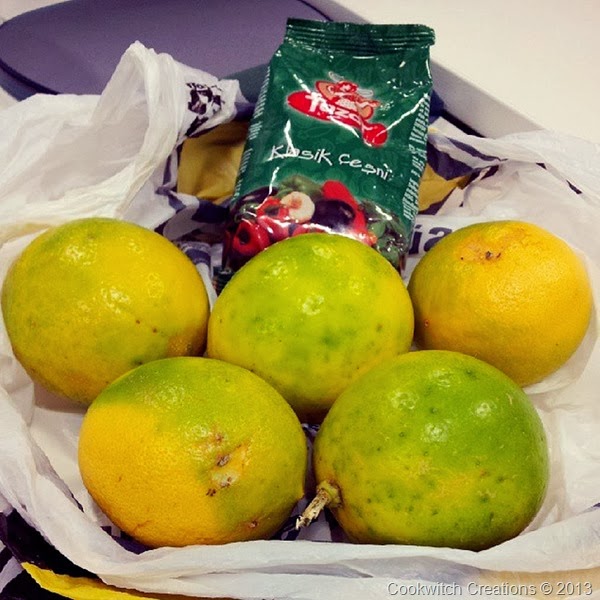 Well, that’s what I did anyway, so I figured the only way to use them up (you know me, hate wasting food) was to make a variation on Clementine Cake, as it involved simmering the fruit for two hours. That’ll rehydrate them I said!

Bless their lemony, pip populated hearts, after simmering for two hours they had plumped up very nicely and then the poor things deflated. One of them started puffing like a miniature steam train when they were simmering, though I'm fairly sure Thomas didn't smell cleanly of citrus. 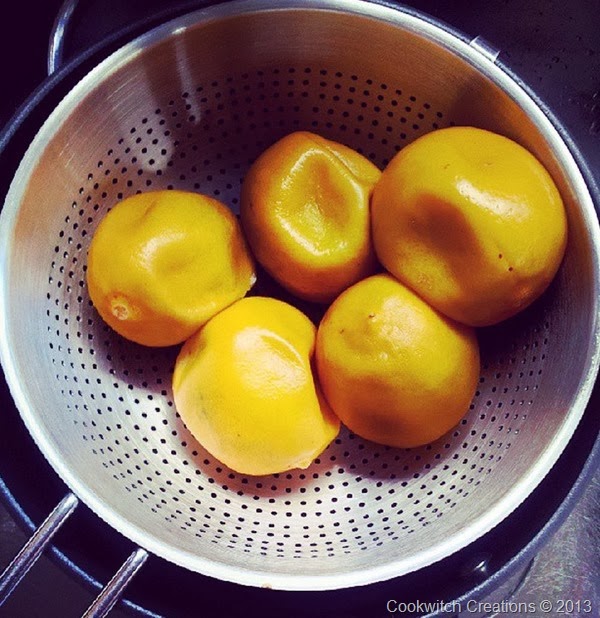 These particular lemons are from my Mum’s tree. They are extremely thin skinned, and full of pips, but very juicy. This is the baking aftermath, so yes, a lot of pips for 5 lemons there. 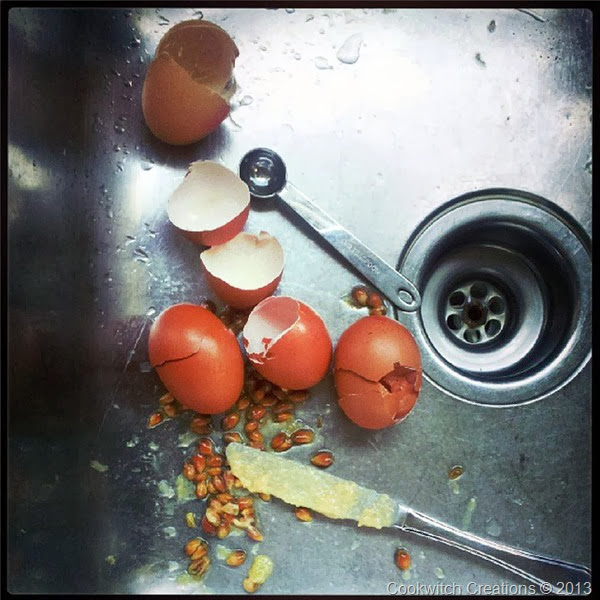 Because it’s me, I made changes. To be fair, I have made this before, exactly to the recipe, so I felt that I was allowed some tweaks.

I had just over 1lb of fruit, so I used them all. In hindsight (which is always 20/20) I should have added more ground almonds but hey ho.

5 medium eggs (I hate anything that’s too eggy)

2 tsp Sicilian lemon extract (Hey, you’re both islands, you get to be in the same recipe. No fighting.)

After de-pipping, everything went into the food processor, got whirled around until the lumps disappeared, and then poured into a tin. You could actually do this without a food processor as the fruit gets so very soft. Just chop it as finely as you can.

I lined the tin with non-stick foil, as I’d run out of non-stick liner.

I am now in love with non-stick foil.

After trying not to just eat the batter, I baked it for the full hour, at the temperature specified in Nigella’s recipe, and a skewer came out clean. It is, however, very fudgy. It is definitely a pudding cake. Smooth in texture, but tart in taste. The vanilla smooths the edges off the tartness, making it taste almost like a creamy lemon marmalade.

Husband liked it, so that, to me, is a total win.

I will make it again with lemons, but up the almonds a bit more. 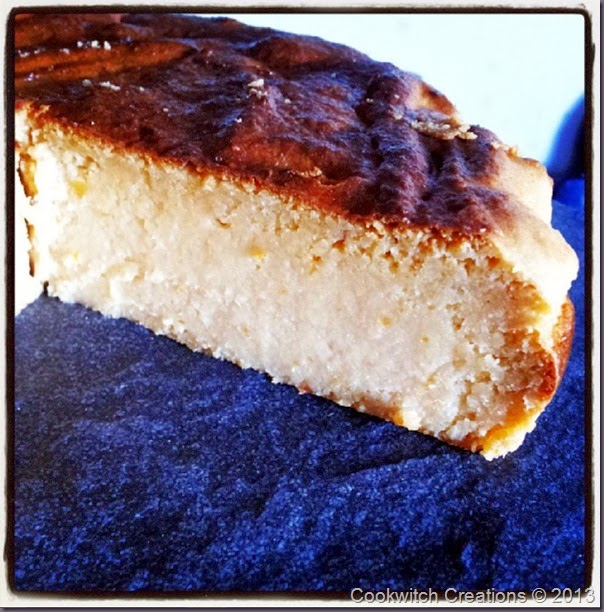