This is all entirely Pete Favelle’s fault. All of it. It started with this post over on Kavey Eats. I couldn’t get the things out of my head.

I bought crumpet rings, but the horror tales of not being able to dislodge the crumpets put me off and I hid them away for a few months.

The germ of an idea refused to leave, and one day I decided to make just one BIG crumpet in a frying pan – no rings - and see what happened.

The batter was very thick, so the whole lot just flopped out into the hastily added cake tin. (Added as I realised the skillet had sloped sides and crumpets don’t.)

It was huge, and I faffed at it a lot,  creating the hashtag of #crumpetgate along the way, but I did it, and it tasted really good! 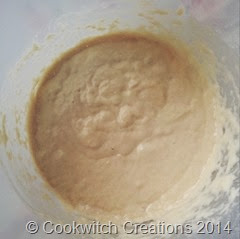 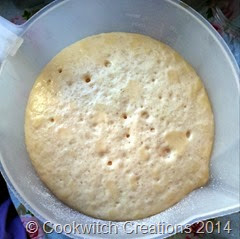 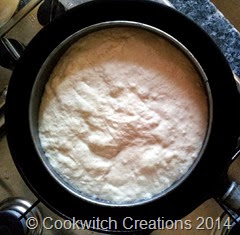 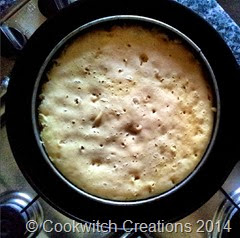 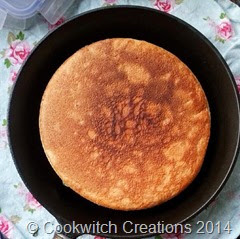 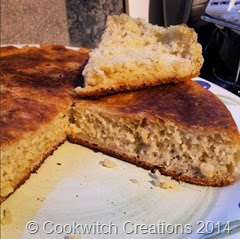 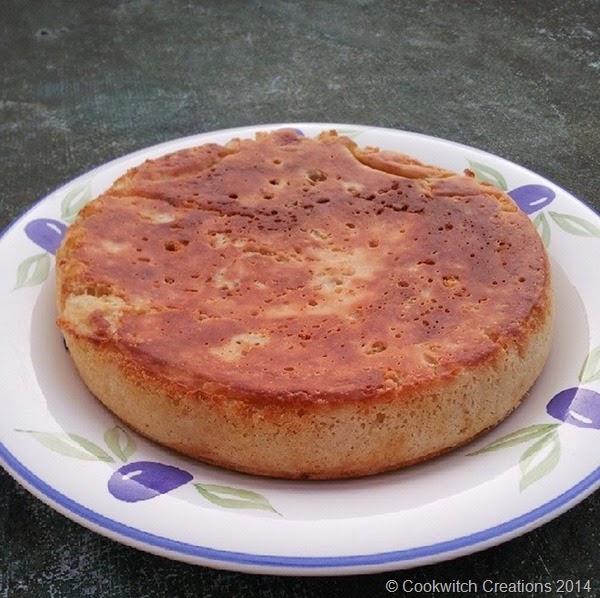 But the thought of individual ones was stuck in my head. So I braved the dreaded rings.

I adapted the recipe as I had no white bread flour, only wholemeal, but you know, it worked! I also added lemon juice to the milk, to make it more like buttermilk, for no reason other than I was curious as to how it would taste.

one packet of dried yeast

Add the lemon juice to the milk, and mix. It will separate, that’s ok.

Whisk everything together really well, except for the bicarb.

Leave to stand, covered, in a warm place. It should double and froth up.

Pour in the dissolved bicarb and mix very well. It will knock all the air out and hopefully make it pourable. (I had to add a bit more water to thin it out.)

Heat a griddle on a medium heat. Add the rings. I used Lurpak’s cooking mist to properly spray the rings and the pan, and poured in the batter to a depth of about 1 cm.

THIS DOES NOT ALWAYS WORK. The batter is alive. It has its own rules. Crumpet size may go up as well as down.

Gradually the sides will start to dry out, and bubbles will appear. AT NO POINT did I burst these with a skewer. Nope. Not me.

I turned the heat down so that the bottoms didn’t burn. Each one takes maybe 5 minutes to dry out, and then I removed the rings – carefully – and flipped the crumpet to brown the top.

They aren’t as light in texture as a purely white flour mix would be, but they are damned tasty. I am looking forward to toasting some for breakfast tomorrow. 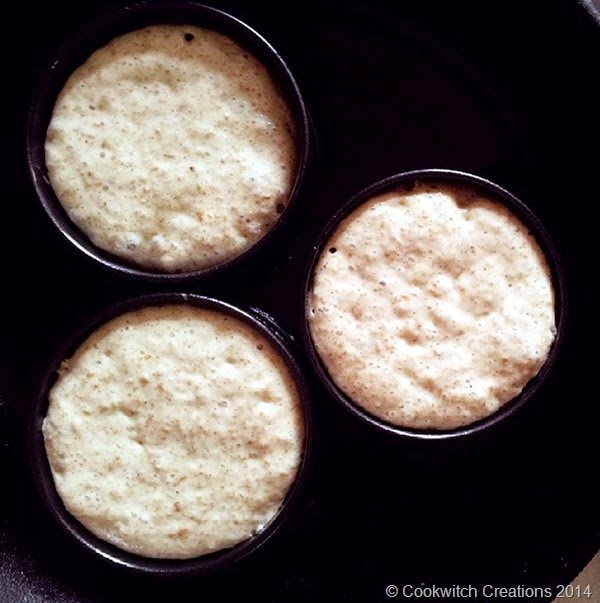 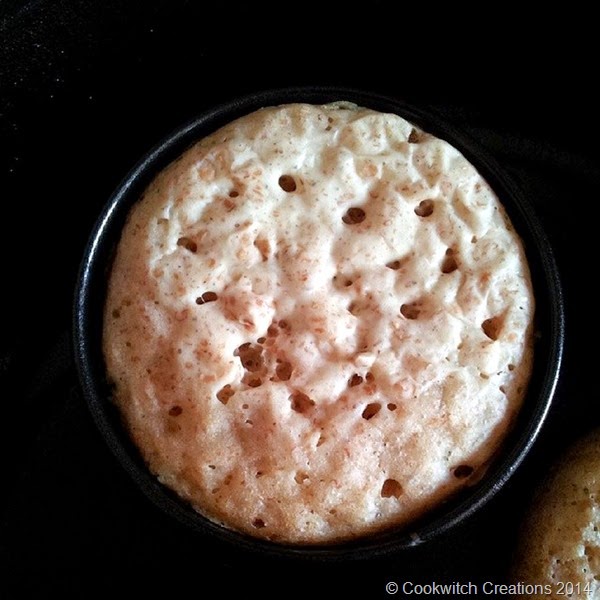 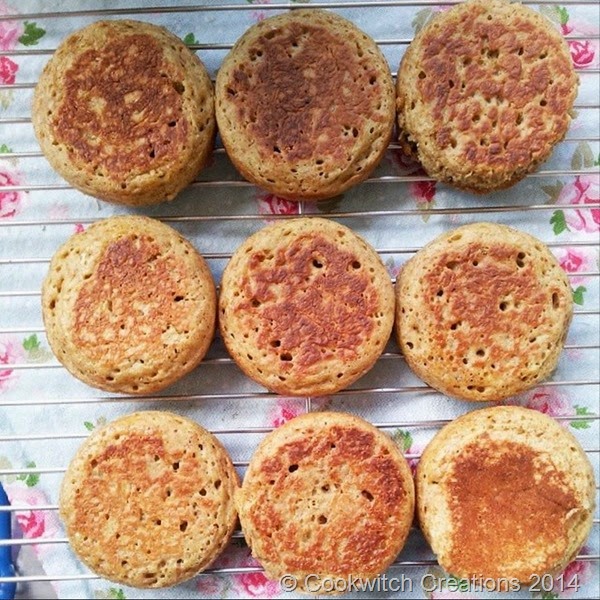 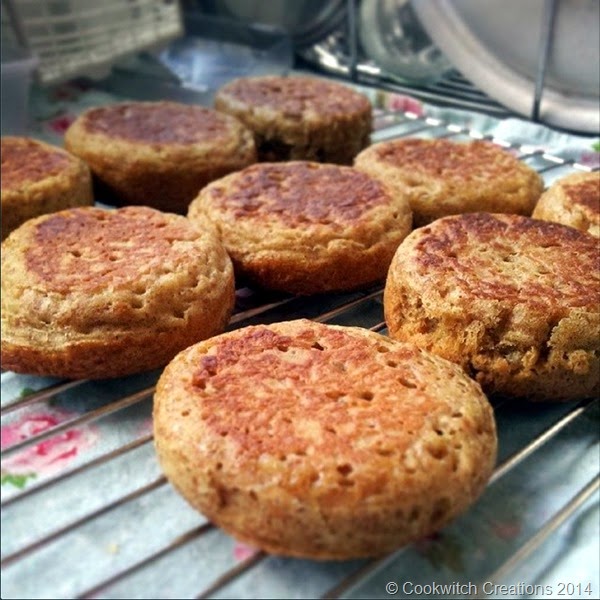 I had one with Blueberry No Sugar Jam for tea.

Bear in mind this will not last long, as there is no sugar to preserve it apart from that in the blueberries.

Mix everything together well in a saucepan, bring to the boil, then simmer on low until all the juices have reduced and you have a thick jam. Keep in the fridge. 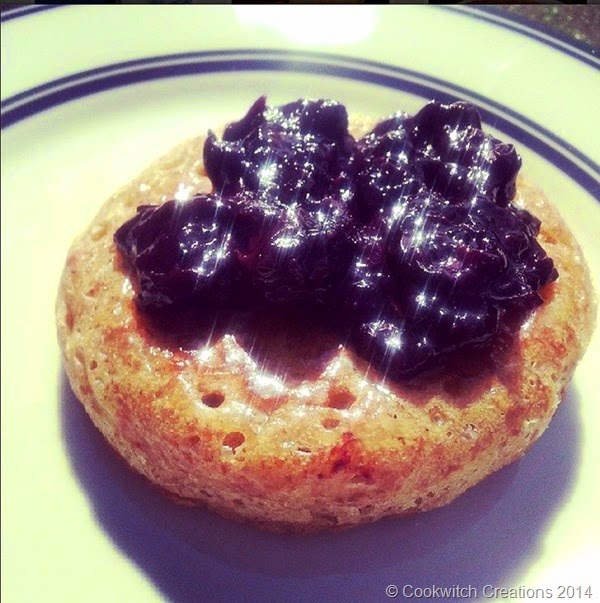 Posted by Lisa Cookwitch at 7:51 pm

Yay crumpets! I am a bit weird with wholemeal, I'm not a huge fan of it in many recipes and I think with crumpets I'd definitely prefer white but, you made me giggle out loud when you mentioned skewering the bubbles!!!

I really wasn't sure if they would work with the wholemeal, but they do. They aren't heavy, which is what I was worried about.

I tried to be patient, I did! But it was just too much of a temptation, and they looked at me.