I’d hesitate to call this a recipe. It’s more like a memory from childhood in a pot, to be honest. A chuck it all in dish, if you will. We call a stew a yahni (γιαχνί) and that covers a lot of dishes! Many cultures have their own versions.

I think Mum used to make this with white beans, but she could also have used chick peas too. Use what you have.

I had dried chick peas in the cupboard, and no tins, which is why I used the dried ones, but the tinned ones are equally as good, if not better, and they cut out the soaking and boiling time.

You can jazz this up as much as you want, add in onions if you like, chillies, more garlic, or use a different cut of meat, it’s up to you. It’s your dinner, after all.

2 tins plum tomatoes and their juice

Brown the pork belly chunks off in some oil. I had some bacon fat left over so used that.

Crush the plum tomatoes with your hands*, and add them to the pot.

Add in the drained chick peas.

Pop in 3 whole cloves of garlic, 1 tbs honey, 2-3 tbs olive oil and a sprinkle of salt.

Take the lid off at the end to thicken up the sauce a bit and add some caramelisation.

This is my idea of a comforting dinner, just pootling away in the oven, teasing you with the odd wisp of garlicky scent.

If it’s still a bit acidic when you taste it, add in a pinch of sugar, a little more olive oil and bake for 10 minutes more. Some tinned tomatoes can be very acidic!

You might want some bread to soak up the juices.

Serve with olives, and maybe some sharp cheese. 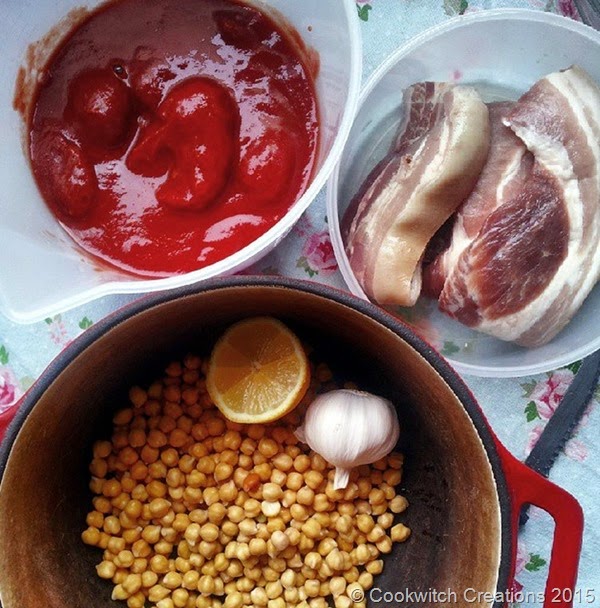 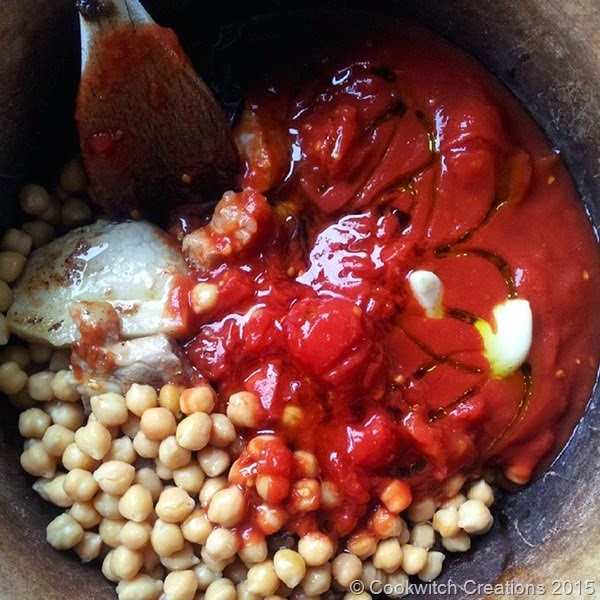 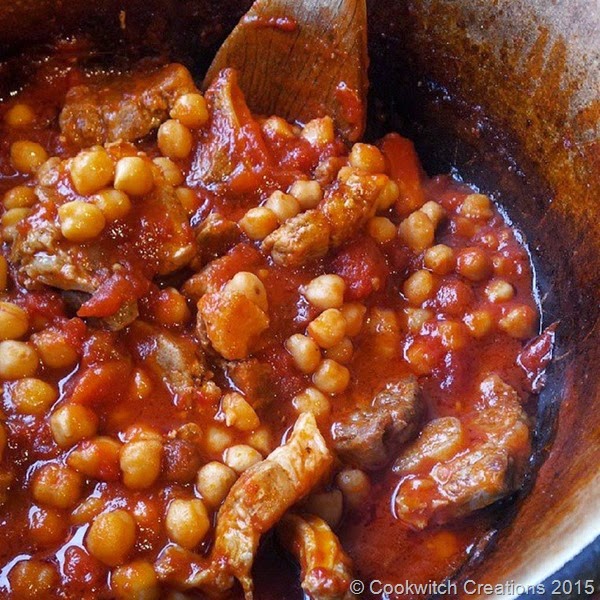 *tomato seeds are bitter, so if you chop things in a food processor, or with a knife, that can release some of the bitterness.

Posted by Lisa Cookwitch at 6:33 pm No comments: