I do love a good salad. Not the old British version that was a strip of lettuce, a tomato, a few slices of cucumber and some salad cream – though there is a place for that, and I love salad cream – but a full on, flavour packing plate of different flavours and textures.

I like making paintings on a plate, and finding colours to contrast with the base of rice, or grains or pulses but, most of all, I like eating them.

With the sudden downturn in the temperature this week, my seasonal tastes turned to clementines, and dates. Dates I had in abundance, dye to making Mediaeval Mincemeat earlier in the day, during which activity one of the old time inhabitants of my kitchen became a mincemeat casualty. The spoon has been with me since we bought our first flat in 1992.

The patterned spoon on the left will now become my mincemeat spoon. 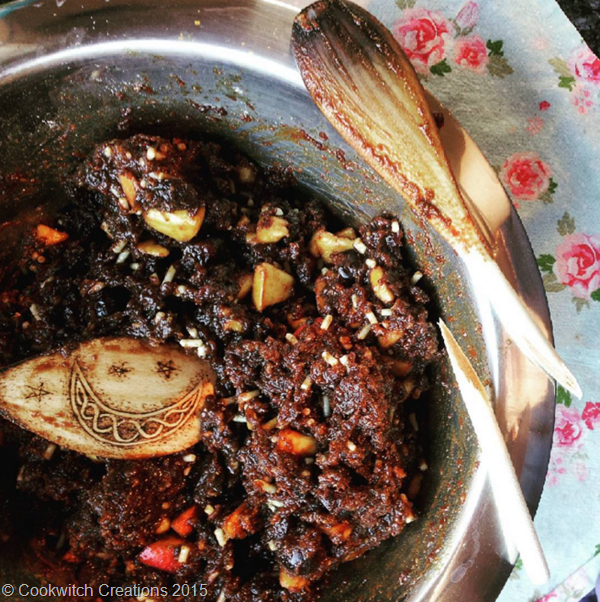 Clementines I definitely had as I had bought some last week, and they were looking at me like I’d abandoned them. (I had.) Time to do something with them.

I thought I had pearl barley, but I think I’ve buried it somewhere in the depth of the cupboard. Cous cous just wasn’t right, and so I found some farro instead. It doesn’t take long at all to cook.

Bring the water to the boil, tip in the farro, and simmer it for 10-12 minutes until it’s tender.

Drain it well, season to your taste with salt, and mix with a little olive oil to coat.

Mix in the drained lentils

Chop each date into 3, and cut each clementine segment in half. Mix with the warm farro.

Mix the juice of half an orange with 2 teaspoons of tahini (the light coloured one), and a good squirt of runny honey, then pour over the warm lentils.

Grate the cheese over the top, and add a drizzle of fruity olive oil. 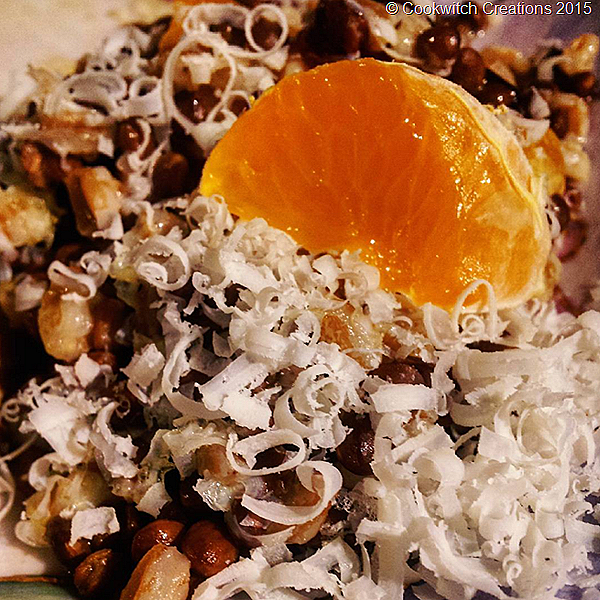