Use It Up: Lebanese 7 Spice Shepherd's Pie

My husband has been away since last week and, as is usual when he is away, I bought ALL THE VEGETABLES. 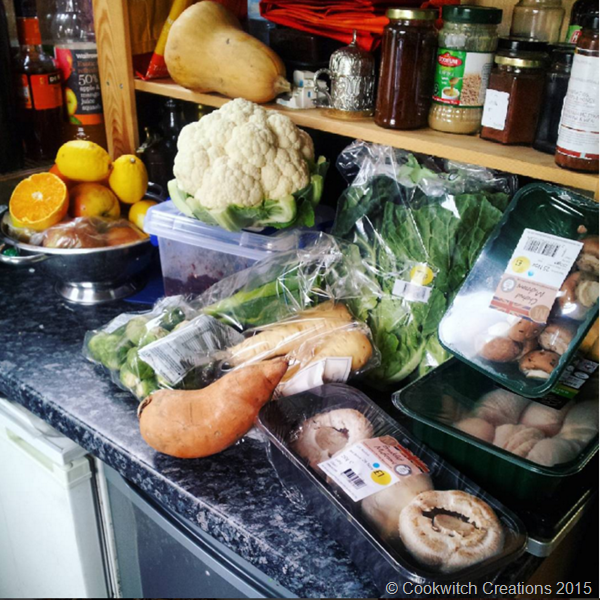 Cooked vegetables are really not his thing, other than corn, green beans, peas, potatoes and carrots. (He likes raw veggies, and almost all salads.) I, on the other hand, eat pretty much all vegetables, any way I can get them.

He’s back tomorrow evening, and I only have a few supplies left to use up, so tonight I did just that. As a ‘throw it all in’ cook, who doesn’t use recipes, I’ve tried my best to write down what I did!

I had 2 leftover honey roasted cauliflower slices, (photo for size) 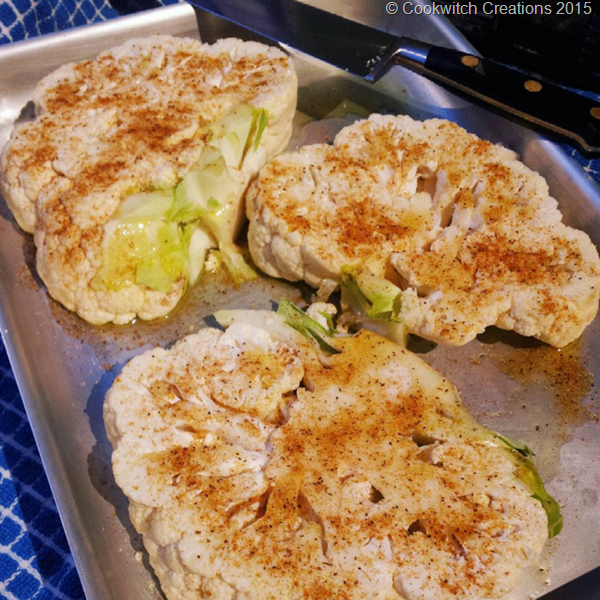 2 small parsnips and a butternut squash that had seen better days. (Which I only realised when I picked it up.) I had 2 sad spring onions, and 2 shallots as well, plus a bunch of parsley.

I’d already got lamb mince defrosted, and I knew that had to be cooked off, so Shepherd’s Pie came to mind. As is usual with me, I decided to spice it up because I was only cooking for me. I knew I  had Medjool dates left from the Mincemeat last week. so off I went. I think you could also do this with a mixture of chopped mushrooms and Quorn, or lentils. Just use a veggie stockpot and maybe up the spices a little.

1/2 medium butternut squash, cubed and roasted off (the solid end)

2 ‘steaks’ of cauliflower, previously roasted in honey until soft

1 beef stock pot (or just use a beef bouillon cube)

Peel the parsnips, and slice into coins. Cook in a microwave jug, just covered with water, until tender. (3 minutes in our microwave) DON’T THROW AWAY THE WATER.

Tip the mince into a large but shallow dry pan, and cook over a fairly high heat so that you get a good browned crust on it. If you use a wide pan, it helps that to happen, and it doesn't stew in its own juices.

Once the meat is browned all over, pop that in another bowl, and cook off the shallots and spring onions in the meat juices. (I also added in a little more olive oil as not a lot of fat had come out of the lamb.)

Once the onions are soft, add the meat back in, along with the chopped dates and 1/2 tsp garlic granules.

Pour in the wine and the brandy, then add the stock pot.

Add the parsnip water in to dissolve the stock pot.

Tip in the handful of frozen peas and simmer on a low heat while you make the mash.

Pop all the cooked vegetables in a food processor, and blend until creamy, adding olive oil if it’s too thick.

Grate in some nutmeg (just a few grates), add in half the parsley and pulse to mix. Taste the veggies, and add salt if you think it needs it.

Check the meat, if there’s too much liquid, cook it for a little longer. You want it to be thick.

Add the rest of the chopped parsley to the meat mixture, and turn off the heat. Stir to mix.

Tip the meat into an ovenproof dish 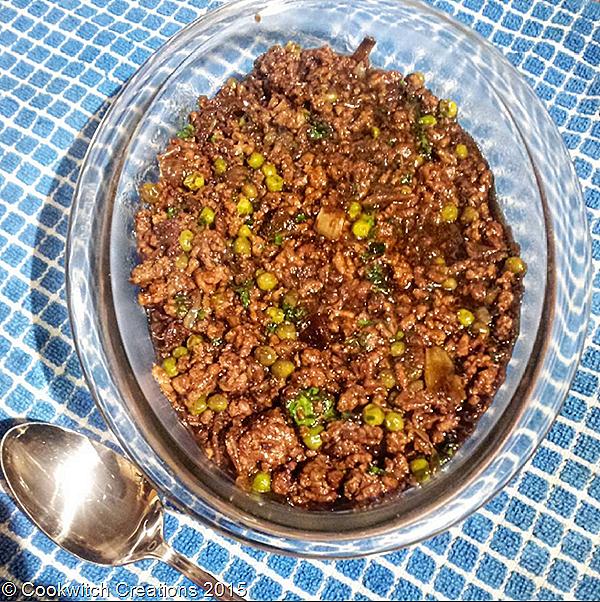 and spoon the mash all over the top, smoothing out with a fork, then sprinkle with grated cheese. 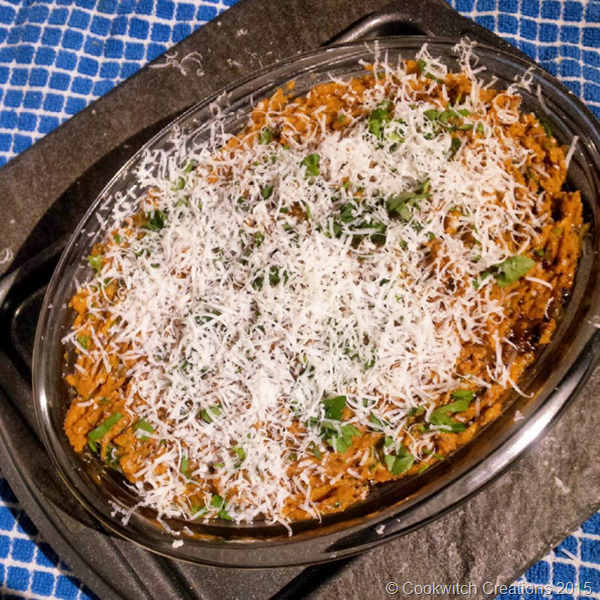 Stand the dish on a baking tray in case of spillages, and then pop it in the oven at 170C for about 30 minutes. It will bubble up around the edges, which is why it’s on a baking tray.

It is quite rich, and deeply savoury. The anari cheese doesn’t melt, but parmesan may well do. 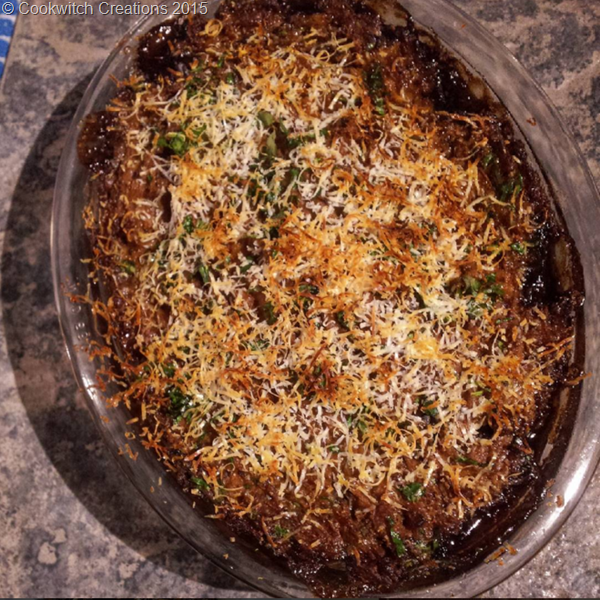 The vegetable mix makes for a very good mash, that’s not heavy or cloying. I shall do that again with leftovers! 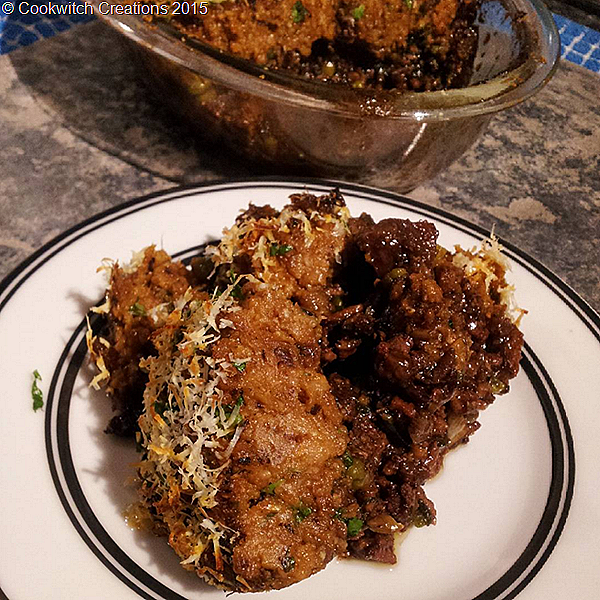 This would feed 3 people, or me for an entire weekend.

Posted by Lisa Cookwitch at 1:14 am