Bread pudding as I've always known it is a great big bowl of spiced, fruited and sugared bread, all smooshed and squished together with milk until it's one homogenous mass, and then baked until it becomes a slab of darkly sweet perfection. A brilliant and thrifty way to use up stale or old bread and probably a cheap way to fill the kids up when they got in from school. I adore it, and am quite protective of it. (I've long felt that Bread and Butter Pudding was a bit of an imposter, the smaller, more delicate sister of the big, comforting and homely eldest.)

Then last week, someone mentioned a savoury bread pudding, a leek and cheese one to be precise. It started with Thomas Keller, went via Smitten Kitchen, and then ended up with me.

I admit I wasn't sure about it, but it would have been a shame to pass the idea by, especially as I'd bought some terrific leeks at our wonderful local farm shop and also had some rye bread to use up. (I'd used a Lidl bread mix, and it was extremely good.)

I read the recipe and, as is my wont, tweaked it when I actually came to making it. I believe that's also known as 'winging it when you don't have the right amounts of anything'...

I'd put dried mint in with the buttered leeks, because it's very tasty, and then thought hang on...halloumi goes well with mint, I wonder if I've got any?

Sprinkle the bread cubes with olive oil and mix well.

Spread them out on a tray and bake until they start to go golden and crunchy. 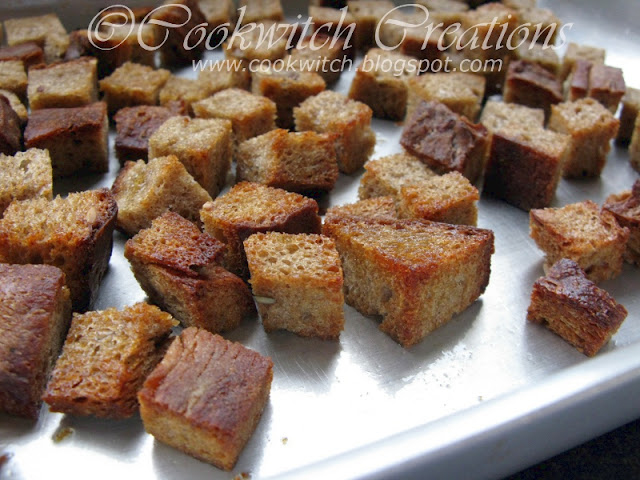 While they are cooking, fry the leeks in butter and oil until they are softened and starting to caramelise. 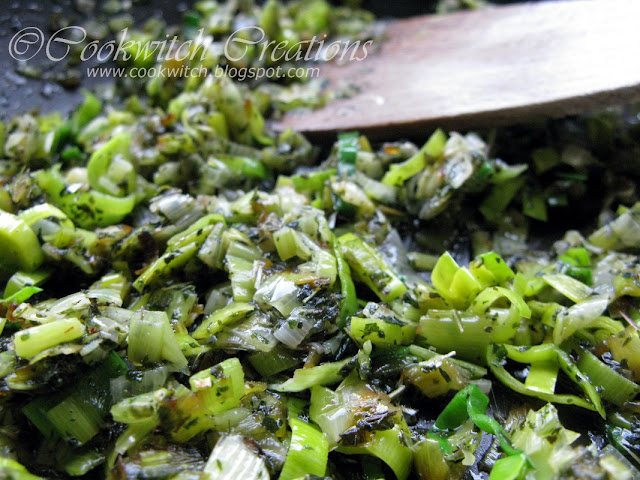 Take the bread cubes out of the oven, and allow to cool.

Mix the mint in with the leeks, fry for a few minutes and then leave to cool.

Grate the cheeses, and divide them in half.

Put the cooled bread in a bowl, add in the cheeses and the leeks and mix really well. 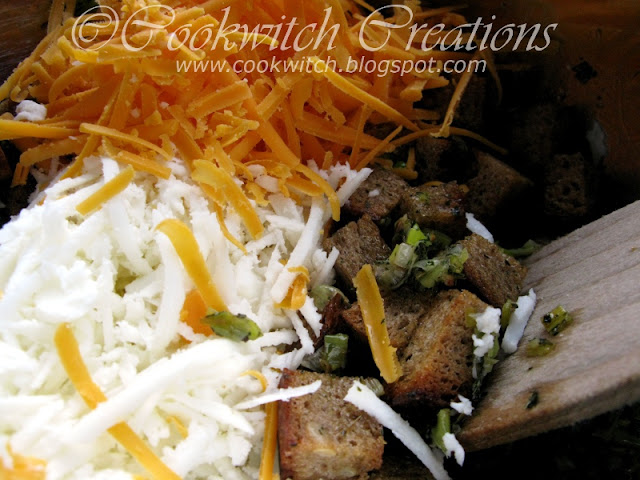 Beat TWO of the eggs with half of the cream, the milk and nutmeg.

Line the bottom of a 2lb loaf mould with half the leftover cheese, spoon in the cheese/bread mixture and press down.

Beat the remaining egg with the remaining cream, and a touch of salt, then pour that over the bread and press it down so that all the cubes have some of the liquid on them.

Top with the rest of the cheese. 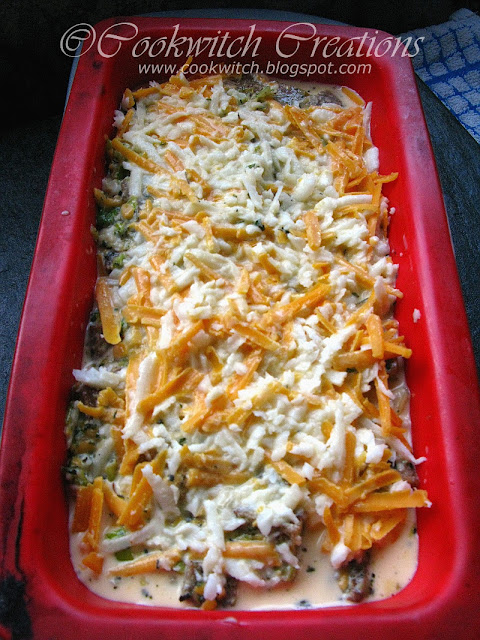 Bake in a 170C oven for 45-50 minutes, until the whole thing is browned and bubbling.

Leave it to cool until you try and slice it! 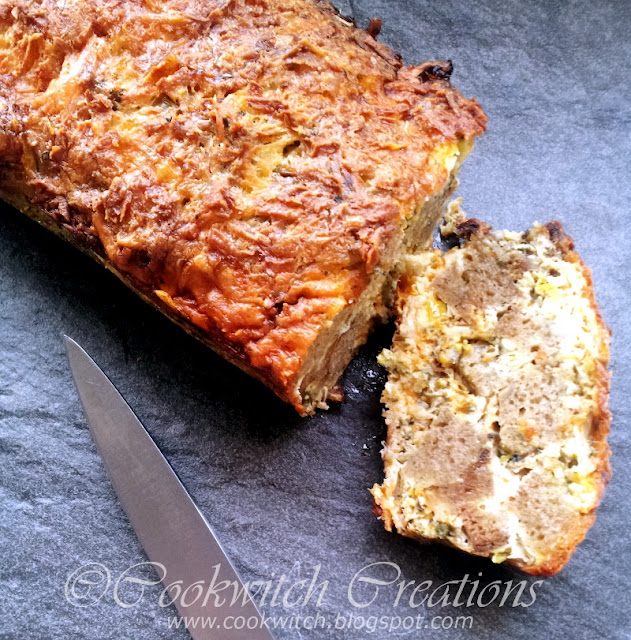 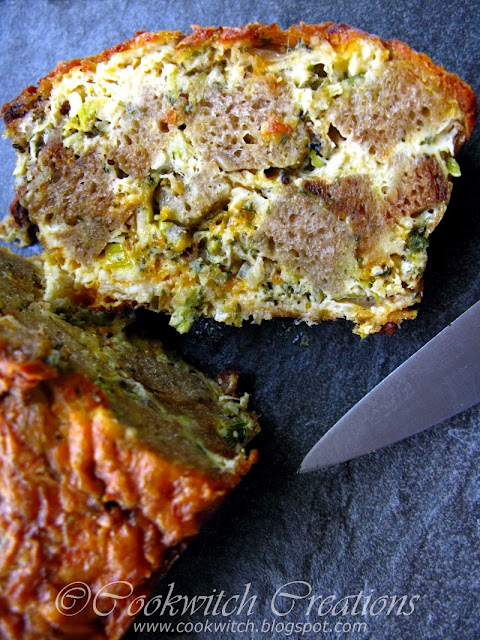 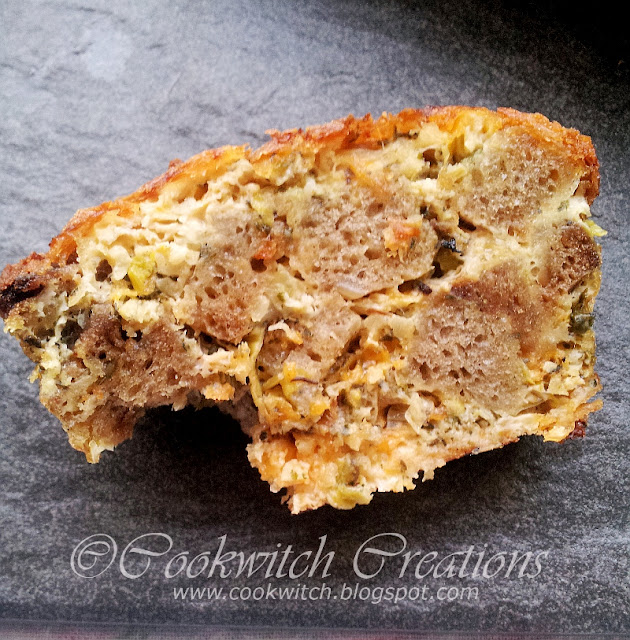 Well you try having something coated in crisped bubbly cheese sitting in front of you, all warm and luscious...
Posted by Lisa Cookwitch at 4:39 pm