I'm used to this voice, it's there a lot. Usually when I'm cooking one thing, concentrating on that night's dinner, it wanders up, nonchalantly commenting on how next time I could always add...and so it goes. Welcome to the food world inside my head.

I tried to ignore it but these things never go away. The only way to stop the record stuck on repeat is to make the thing and get it over with. It's hard to explain to people this compulsion to make a recipe that's in my head, but that's what it is. Better to just make it, bring it into being, and give my brain a bit of peace until the next time.

So. Tahini bread pudding. I wanted it to have Cypriot flavours, so plain old bloomer loaf would not do. Turkish oval fingerprint bread however, that worked. It's the bread we get in Cyprus to have for breakfasts, and we love it.

The soaking liquid. Sheep milk? Goat? No. Almond. Cypriots do love their almonds.

Next up, tahini. I laid in an extra supply as I wasn't sure how much I'd need. Not all tahinis are created equal. The one I found was beautifully creamy, but still pretty vehement in its sesameness.

Brown sugar and oodles of cinnamon just had to go with the tahini. Echoes of the swirled tahinopita my father used to bring home from the Greek bakery on a Sunday afternoon, which I'd eat slowly from the outer ring inwards until reaching the extra cinnamony part right in the middle. That's the very best bit.

Orange blossom water, and rose water. Yep, definitely needed those. Sultanas, without question because they are in a traditional bread pudding, and I love them.  Sliced almonds, those went in as well.

Dried rose petals for a more musky hint, to add to the bright flash of rose water.

I put in 1 tbs grape molasses just to darken the colour a bit, but that's totally optional.

Put all the bread pieces in a large bowl.

Pour over the almond milk, turning the bread over to moisten it all. There must be no pieces left dry.

Let that sit and soak for 15 minutes, then stir it again to make sure all the pieces are soggy.

Mix it all well, cover and leave to sit for a few hours, or even overnight.

After it has sat, mix it all again, adjust your cinnamon if you want (as in MORE OF IT which is the usual cry in this house).

Stir in 2 beaten eggs, and the olive oil, then pour into a solid greased square tin.  DO NOT USE A LOOSE BOTTOMED ONE. I always panic that it looks too runny, and then it's always fine.

Bake at 170C for 45 minutes, or until slightly puffed and set. 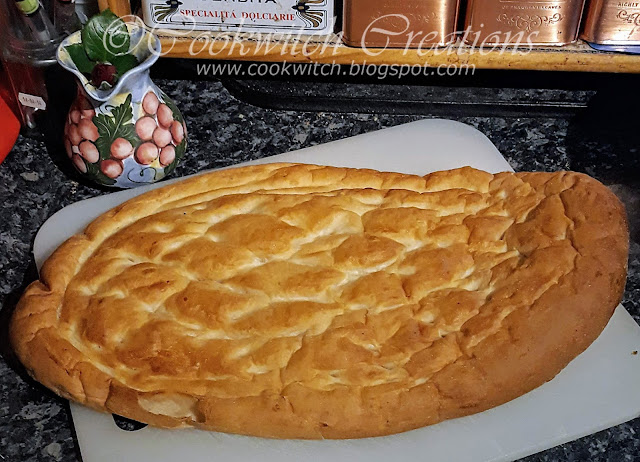 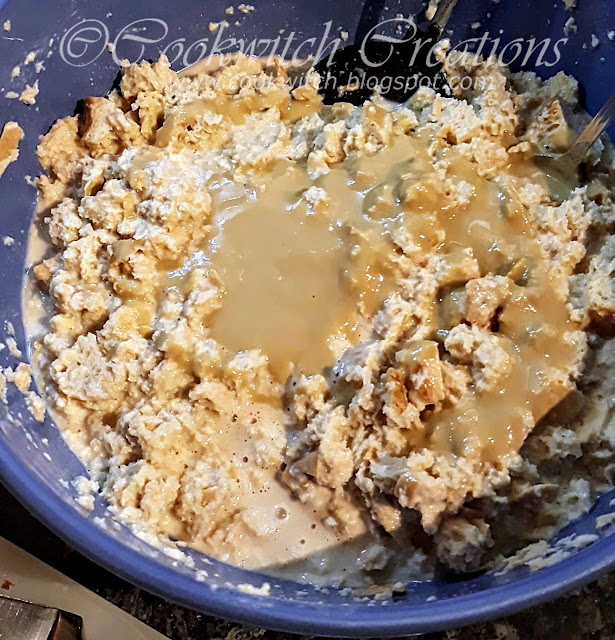 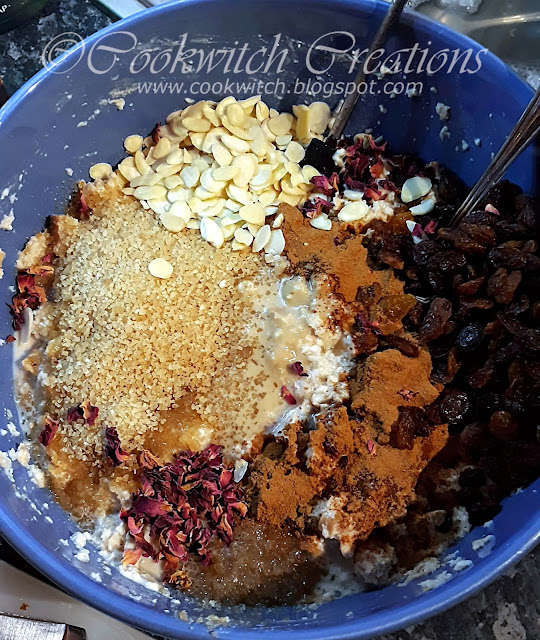 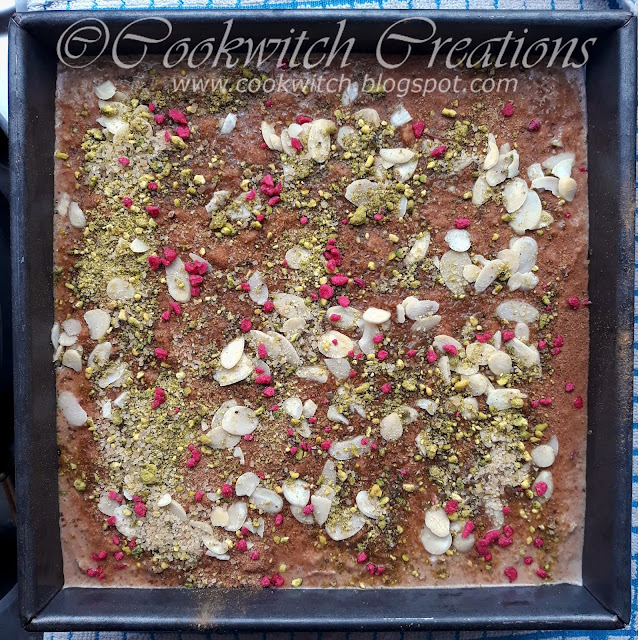 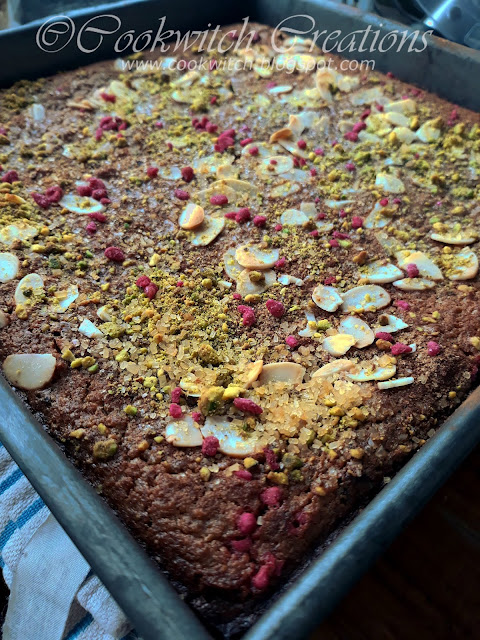